The ZTE Hawkeye is powered by an octa-core Qualcomm Snapdragon 625 processor, which is a performer resulting in extremely efficient multi-tasking when compared to dual-core processors. The processor goes along with a 3GB RAM, runS on Android, Nougat 7.0. The octa-core processor ensures the phone runs smoothly with multiple applications open simultaneously.

The ZTE Hawkeye has within its arsenal a 16MP camera with an 8MP selfie camera. The video recording capability is at a [email protected] coupled with Geotagging feature as well. The main camera is equipped with Autofocus, Face detection, HDR, Panorama mode, Geo tagging, Touch Focus and Digital zoom.

The 3200mAh battery is charged using USB Type-C with Quick Charge 2.0 technology which helps to charge within much less time as compared to conventional batteries.

The ZTE Hawkeye is equipped with a 32GB internal memory with a microSD slot which helps to expand the memory up to 128GB.

Other features include a fingerprint sensor on the back. ZTE’s continued emphasis on sound with a decent audio system is evident here. The phone also has NFC to enable Android Pay. The ZTE Hawkeye does come along with features like Accelerometer and Proximity sensors. An important feature of the device is the eye tracking technology, that follows your eye movement and automatically scrolls up and down or left and right on pages. Another important feature of the phone is that it comes with a self-adhesive kit so that you can stick it to a vertical wall and use it hands-free.

The ZTE Hawkeye is a very good performer, be it games or running Apps. The cameras are nice with quality results on their images.  This will be one of a kind device that allows users to browse through web pages and adheres to various surfaces by performing hands-free operations.  Considering the quick charge battery and new features in its segment the ZTE Hawkeye could be a sure bet. The ZTE Hawkeye is priced at Rs. 6999 in India.

ZTE Hawkeye full specs and reviews as of Oct 2021. Buy it here! 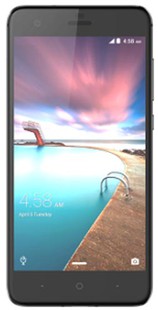