The Zopo Color F5 smartphone launched in October 2016 has a quite alluring display of 5 inches. It is also good for people craving for more and more storage for songs, videos, and other downloads.

The Zopo Color F5 camera is not satisfactory. It has just an 8MP rear and  5MP front shooting selfie camera. Some other mobile phones offered within the same range are giving much more. So examine it carefully before buying one.

The Zopo Color F5 specs are commendable. Though not wholly but they justify the price offered. The Zopo Color F5 price in India is 10590 INR. Check out the other features offered by it below.

The Zopo Color F5 measures 5.66 inches in length, 2.84 inches wide and 0.33 inches broad. It is a nice light weighted phone which weighs around 157 grams only.It has both nano and micro SIM slots which support GSM network.

The Zopo Color F5 display gives multi-touch features with a screen resolution of 720 x 1280 pixels. It places IPS-LCD capacitive touch screens on display. It also specifies pixel density of 294 ppi and a screen to body percentage as 66.04%.

This Zopo Color F5 camera offers only 8 MP primary and 5 MP secondary camera which is not completely justified. A video recording of 1920 x 1080 at 30 frames per second is available with the phone which is barely found in usual phones. It has auto focus and dual LED flash as primary features and digital zoom, Auto Flash, face detection and touch to focus as secondary features. So the overall quality of camera is fine.

16 GB internal memory is offered by the phone with a 2 GB RAM. The micro SD card of the phone is expandable up to 32 GB. It can be considered as one of the key feature offered by the Zopo Color F5 phone.

The Zopo Color F5 battery has a capacity of 2100 mAh which means the talk time offered is 4-5 hours. The standby time could be calculated accordingly. It has a removable type of battery.

The Zopo Color F5 uses Android platform of v6.0 Marshmallow. The phone is powered by Quad Core MediatekMT6737chipset built on Cortex A53 architecture. The frequency for the functioning of the phone is 1.3GHz and the GPU is Mali T-720 MP2.

Reasons, why one should go for the phone, include the processor, battery, and storage. It is available in white, black and gold options. The Zopo Color F5 specs include v4.0 Bluetooth, 2G/3G/4G connectivity, micro USB 3.0 and GPS connectivity. It also has 3.5mm headphones jack. Other common features which are there inside the phone consist of a light sensor, and accelerometer. 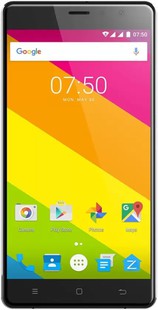