The Zen P36 does not run on Android. Zen P36 mobile software is a proprietary OS which is owned by the company.

The Zen P36 holds a Li-ion battery with the capacity of 1000 mAh. Zen claims that a single charge contains up to 6 hours of talktime or 300 hours of standby time.

The Zen P36 comes with a 512 MB of internal storage, which can be expandable up to 32GB.

Also, the Zen P36 features an FM radio with recording option, supports video of 3GP and MP4 formats. Although, the Zen P36 does not directly support WhatsApp, apk file of the app can be downloaded.

The Zen P36’s price in India starts from Rs 2225. At this price range, the P36 is a reasonable buy. But few other mobileslike the Intex Aqua 3G Pro and Lenovo A269i offer better battery, better RAM, better camera, and also do support 3G. 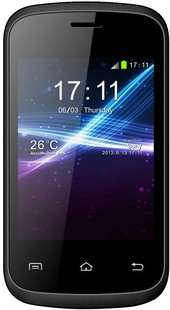