Xolo is an Indian company that has been manufacturing phones for quite some time now. This time it has launched the XOLO Era 2X phone. This comes with an impressive display resolution of 1080 x 1920 pixels and an internal memory of 16GB. The Xolo Era 2X price in India is 8599 INR.

This phone lacks a bit in the design department. It has a very boxy and old school look to it considering the kind of designs that are present in the market of the same price range. Also this does not run on the latest Android version but on V6.0.

On the whole the Xolo Era 2X specifications and features are good enough, and if you can compromise on the design department, then this phone will suffice.

The Xolo Era 2X design as mentioned before is a not on the positive side of the scale. But then again this is a budget phone and has to compromise on some parts of the phone. The front part has the capacitive buttons on the lower bezel and the display leaves a lot of bezel space on all the four sides. The rear camera is placed in the middle of the top bezel in the back which is followed by the LED flash. By the looks of it, Xolo Era 2X mobile has a fingerprint sensor just under the flash. The speakers are placed in the lower bezel in the back. The volume rocker and the power button follows each other in the right hand side of the display.

The dimensions of the body are not known yet.

Xolo Era 2X display is a praiseworthy 5.5 inches display with a screen resolution of 1080 x 1920 pixels. The pixel density is at 401ppi. It has an IPS LCD display type with a capacitive touchscreen which also supports the multi touch feature.

The Xolo Era 2X camera features a 13MP rear camera and 8MP secondary camera. It supports video recording too, though the specifications of the same are not yet known. The other features are Touch Focus and Digital Zoom.

Xolo Era 2X specs include a 16Gb internal storage and a 2GB RAM. Customers are also given the option to expand the storage by adding a micro SD card up to 32GB.

The Xolo Era 2X battery is a 3000mAh Li-ion battery which is removable. Its endurance has not yet been tested.

It supports a Quad core processor with 1.3GHz frequency and a Chipset of Spreadtrum SC9832A.

It has an Accelerometer sensor and also probably has the fingerprint sensor but that has not yet been confirmed.

Xolo Era 2X is a good phone for this price range considering its features. You can also compare with many other companies that produce phones at the same range such as Meizu, Gionee and Xiaomi. 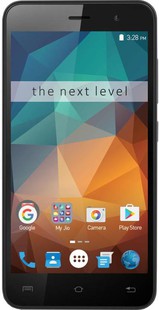