Xolo mobiles have been in the smartphone industry increasing its multitude of customer base over the last decade. The Xolo Gaming series and photography series have been widely sold in India, Asia and Europe.

The Xolo Era 2 Smartphone comes with a Spreadtrum SC9832A chipset, a Quad-core 1.3 GHz processor along with 1GB RAM. The graphics on this unit are powered by a Mali 400-MP3 GPU. The device runs on an Android Marshmallow operating system.

The Xolo Era 2 has an internal memory of 8GB out of which only 8GB is available for usage to its user. The phone however supports external memory up to 32GB.

The Xolo Era 2 is equipped with a 5MP primary camera which features geo-tagging, touch focus, face detection, panorama, autofocus, and LED flash. The secondary shooter on this is a 5MP unit as well, which is designed to take wide angled selfies.

The Xolo Era 2 comes with a 5 inch TFT capacitive touchscreen with a screen to body ratio of 64.4%. The screen produces a display output of 480x584 pixels with a pixel density of 196 ppi. This is a very low resolution to be offered on a smartphone of its price. For, the competitive products from Mi, Coolpad Note 3 Lite, and Samsung are doing a much better job in this feature.

The Xolo Era 2 Battery  is a 2350 mAh unit which can be removed from the body. Making it removable adds a few points into the bucket of the Xolo Era 2. Yet, the 2350 mAh battery seems underpowered for its price.

The Xolo Era 2 price in India is in the competitive range. But the features and specs offered are not up to the mark as the competition is offering much better phones with larger screens and specifications at a cheaper price. You can consider phones from Mi, Intex and Lava at this price range. 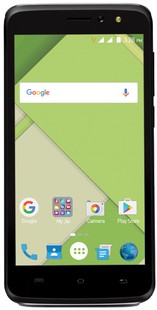