Xolo Mobiles have rose to be an able contender in the smartphone race in India and across Asia. It’s now expanding its influence to Europe. The Xolo Era 1X is a smartphone that has been reviewed positively for its price, performance, features and specifications.

The Xolo Era 1X specification is impressive for its price. It comes with Android Marshmallow operating system. It houses a Spreadtrum SC9832A chipset, a Quad-core 1.3 GHz processor and a Mali-400MP3 GPU. This device is powered by a 1GB RAM unit.

The Xolo Era 1X camera review has been positive for it comes with a 8MP primary camera that features Geo-tagging, touch focus, face/smile detection, panorama, HDR, autofocus, and LED flash. The secondary camera on this is a 5MP unit with Dual LED front facing flash

The Xolo Era 1X comes with an internal memory of 8GB and can be expanded up to 32GB. Though the figures look minute on paper, the specs are impressive for a phone with this price tag.

The Xolo Era 1X comes with a 5 inch IPS LCD touch screen that has a screen to body ratio of 65.8%. This screen produces a display output of 720 x 1280 pixels with a pixel density of 294 pixels per inch. This resolution of the screen ensures that the users have a beautiful movie watching experience.

The Xolo Era 1X’s battery is a 2500 mAh unit that has a standby of up to 185 hours and talk time of up to 22 hours on 3G  and 13 hours 30 minutes on 2G connectivity. This is an impressive battery configuration for a smartphone of this price.

The Xolo Era 1X price in India is under 5,000 rupees and the price has all the latest processors, operating system, front-facing flash advancement that you’d get in a mobile between 10,000 - 15,000 rupees. This is a definitely a good buying option. 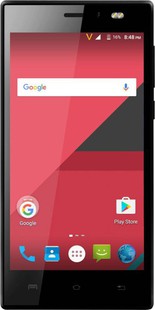