Xiaomi is all set to introduce a new series, which will go by a moniker of Redmi S. The company is reportedly working on a sub10K smartphone with a dual rear camera and a powerful chipset. In the wake of smartphone brands in India heating up the competition in this price range. It is believed that Xiaomi is preparing to stay on top of their competitors as it would want to maintain their number one smartphone brand position in the country.

Likely to adorn the full metal body design with solid sturdiness factor, the upcoming Redmi S2 might come with an 18:9 display ratio. This new screen ratio format completely changes the design aesthetics approach. Aiding the design language, it helps them introduce an elegant handset experience. The 5.99-inch screen is supposed to come with a 1440 x 720 pixel resolution, which would mean a pixel density of a 269 ppi.

Introducing a mid-range chipset in this segment would mean a total disruption. Xiaomi is reportedly fitting their new Redmi phone with a Qualcomm Snapdragon 625 processor, which originally came on Redmi Note 4. It will be supported by a variant of RAM and storage starting with 2GB RAM and 16GB storage to 4GB RAM and 64GB storage. The internal storage can be expanded via microSD card slot up to 256GB.

The dual rear camera setup that is believed to be coming on this one would have a 12MP primary lens with f/2.2 aperture and a 5MP secondary lens with f/2.0 aperture. It isn’t quite impressive, but since the device would be priced under 10000. The pricing is what makes this camera package impressive. There would be a 16MP selfie camera as purported by the industry reports.

Expect a 3080 mAh capacity battery with no fast charging support. The company might tease a day’s battery life on a full charge. This might be achieved because of the energy efficient processor and further UI optimization.

The Indian audience loves the current Redmi lineup for its affordability and specifications and they’re going to do the same for the upcoming Redmi smartphone. The Redmi S2 might be the first smartphone from Xiaomi to come up with a dual rear camera in sub-10K, but won’t be the only handset in the market. This means the company must be aggressive with Redmi S2 price in India.

Xiaomi Redmi S2 full specs and reviews as of Dec 2022. Buy it here! 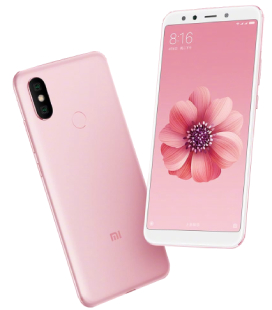