Xiaomi Redmi has been a strong contender in the mid-budget segment. Its Redmi 3S, Redmi 2 Prime and Redmi Note series are the testaments to this factor. Redmi mobiles provides its users the best of technological advancements, specs,and features at a reasonable price, thus making it a preferred brand.

Does not have a dedicated slot for expandable memory

The Xiaomi Redmi 3X specification is impressive for the price tag it will be launched with. It boots on an Android Marshmallow operating system. It houses a Qualcomm MSM8937 Snapdragon 430 chipset and an Octa-core 1.4 GHz Cortex-A53 processor. The phone is powered by a 2GB  RAM unit for seamless multitasking and the graphic interface is powered by an Adreno 505 GPU.

The selfie shooter on this budget phone is a 5Mp unit that boasts of a wide aperture of f/2.2. The front facing camera also records 1080p videos.

The Xiaomi Redmi 3X mobile features a design that resembles its predecessor the Redmi 3S. The phone comes with a 5-inch IPS LCD screen that has a screen to body ratio of 71.1%. The screen produces a decent display output of 720 x 1280 pixels with a pixel density of 294 pixels per inch. Keeping the price in mind, the specs offered are in par with what the competition has to offer and feel adequate too.

The Xiaomi Redmi 3X comes with an internal storage capacity of 32GB and supports the use of expandable memory up to 256GB. The storage space provided seems adequate. However, the only downside to this is that the phone uses the SIM card slot II for using the memory card.

The Xiaomi Redmi 3X features a massive 4100 mAh battery and this is the biggest in its price range and also beats a few devices which are above it in the price margin.

The Xiaomi Redmi 3X price in India is to be around 7500 INR upon launch and the features and specs provided are impressive. Thus, making the device worth the wait for a good buying choice. It competes with the Coolpad Note 3, Coolpad Note 3 Lite, and Moto E3 Power in this price margin.

Xiaomi Redmi 3X full specs and reviews as of Aug 2022. Buy it here! 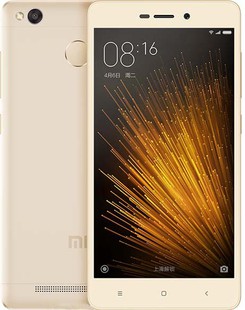