Like the rival Samsung Galaxy s6 Edge, Xiaomi too is planning to release a curved mobile. The leaks suggest that this new Mi Edge phone will come with 5.2-inch dual-edged curved display with excellent viewing angles and is supposed to deliver better viewing experience than its forebears.

Under the hood, the new xiaomi edge has a snapdragon hexa-core processor coupled with 4GB RAM and thus making multitasking smooth. On the rear it is equipped with 16MP camera with LED flash and at front the 8MP selfie snapper captures beautiful images even in low-light areas. Like Mi5, this device too houses 32GB internal storage and can be expanded further via memory card slot. Mi Edge comes with other specifications like bluetooth, 4G, mobile hotspot, Wi-fi along with many sensors.

This next generation smartphone boasts an added security insert, fingerprint sensor, which is precise. The mobile is fuelled by 3500 mAh non-removable battery which works for more than a day in a single charge. This handset gets faster-charging feature and refills the battery within an hour. To summarize, expect for the display, everything in this new Mi Edge resembles its predecessors. However, the mobile is expected to deliver a better performance than the earlier variants.The Mi Edge expected price is around 26,000 INR.

The Mi Edge release date in India was rumoured to be in August 2017. This looks the Mi Edge will take a little longer to get released as the company is now focusing on the bezel-free designs of the Mi-Mix 2.

Xiaomi Mi Edge full specs and reviews as of Dec 2022. Buy it here! 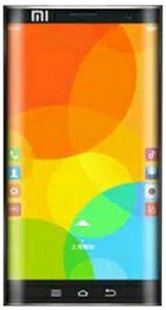