Videocon Industries Limited is a large diversified Indian company headquartered in Mumbai. The group has 17 manufacturing sites in India and plants in Mainland China, Poland, Italy, and Mexico. The group is a US$5 billion global conglomerate.

Ultra 50 features a 13MP rear AF camera that comes with PDAF and dual LED flash. The front of the camera features a 5MP shooter with a selfie LED flash. In addition, the primary camera comes with Digital Zoom, Auto Flash, Face detection, Touch to focus and Geo-Tagging.

The Ultra 50 packs a removable Li-ion battery with the capacity of 3000 mAh. The company claims that with a full charge, the battery can last up to 8 hours of 2G talk time.

The Ultra 50 comes with 3GB RAM and 32B internal memory. The expandable memory in Ultra 50 is 64GB.

Videocon Ultra 50 offers users entertainment through the pre-installed ErosNow app, which comes with a free 1-year membership to over 3000 music videos and movies. The company is also offering users an 18 months warranty on the phone, along with a 15 day replacement warranty.

Videocon Ultra50 will be available through both online and offline platforms starting the first week of November at Rs 8,990.

“With the launch of our flagship smartphone, Ultra 50 today, Videocon Smartphone is further establishing itself as a consumer-centric brand. We are a brand that continuously innovates to meet the growing needs of consumers with great designs.

While features like Selfie Flash, SOS-Be Safe and front facing fingerprint sensor in Ultra 50 help empower consumers, we believe its stylish curved bezel design and finishing will appeal to the taste of our consumers.’’

The company says that the Ultra 50 is meant for those users who are looking for a sturdy and eye-catching device. Videocon also claims that the front facing fingerprint sensor comes with a ‘super sensitive capacitive sensor making it more accurate and responsive’. Ultra 50 also comes with the pre-installed SOS-Be Safe emergency response app.

Ultra 50’s dual Whatsapp feature will allow users to use two different WhatsApp accounts on the smartphone. Gesture controls on the phone allow for simple methods to access different functions of the phone, which includes drawing an ‘O’ for the Flash light, ‘M’ to blast Music, ‘C’ to launch the Camera, and so on.

Videocon Ultra50 full specs and reviews as of Dec 2022. Buy it here! 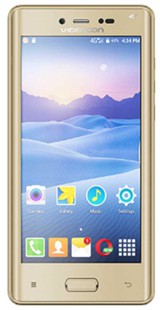