Launched in 2015, the Videocon Octa core Z55 Delite price is INR. 5999. As the name suggests, the processor is boosted to Octa-core for a better performance. This phone has surely stood out with this feature within the price range. But there is an imbalance seen in its specifications because the rest of the features are pretty average.

Videocon Octa Core Z55 Delite features and specifications include a 5-inch LCD display of 720 x 1280 pixel resolution. The touchscreen is capacitive with a multi-touch feature. The camera has some impressive features. Along with the 8 MegaPixel rear camera, we can adjust the ISO and exposure for better images. For our dear selfies, the phone comes with a 5 MegaPixel front camera with an image stabilization feature. Storage of the phone is 8GB internal and 32GB expandable on a microSD card. The phone is dual SIM compatible and it supports 3G connectivity with Bluetooth and USB.

The Octa-core processor of Videocon Z55 Delite is linked to 1GB RAM. The processor has MediaTek MT6592M chipset and Cortex A7 architecture.  The phone has an Android KitKat v4.4.2 operating system.

Overall, the phone has high-speed performance but the RAM and chipset do not go well with the Octa-core processor. Also, the phone could do better with its storage capacity. Videocon Octa Core Z55 Delite doesn’t look like a safe choice to go for. 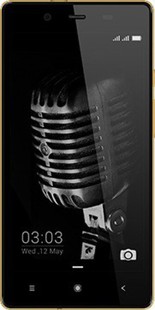