Chinese mobile manufacturer Vernee is back with its new mobile Vernee Apollo. Founded in 2016, the company is aiming to grow all over the Asia and in Western countries. The Vernee Apollo release date in India is expected to be in April 2017.

The Vernee Apollo comes with a MediaTek MT6797 Deca-core processor. The 64-bit Cortex A72 architecture with the processor speed of 2.5GHz make this phone a beast in performance and gaming. The phone comes with Mali-T880 MP4 Graphics Processing Unit. Also, the phone boots on Android v6.0 (Marshmallow), which is a decent addition to the ‘perfect’ processor.

The phone comes with a giant 21MP Sony IMX230 primary camera and an 8MP front camera. The main camera features Continuous Shooting, HDR mode, Digital Zoom, Auto Flash, Face detection, and Touch to focus. The video recording quality can go up to 3840x2160 resolution at 30fps. The 21MP shooter also comes with 2.2f aperture, an Exmor-RS CMOS sensor, dual color LED flash, Exposure Compensation, and ISO control. The image resolution of the main camera is 5288x3968p. The front camera is also a decent one with 2.4f aperture but lacks flash.

This Vernee Apollo packs a Li-ion non-removable battery with the capacity of 3180 mAh. Although the battery is a downside of this mobile, it does support Quick Charging. The company claims that the phone can charge up to 50% in 30 mins. So, that will just do!

Weighing around 190 grams, the phone comes with the dimensions 152x75.6x9.3mm. The phone with all-metal body comes in two colours: Grey and Gold. With two Simplistic Antenna Bands on the rear side, this phone looks so good and rich in hand.  The 5.5-inch IPS LCD display has the screen resolution of 2K (1440x2560p). Also, the capacitive multi-touch screen has the pixel density of a rich 534 ppi. The screen to body percentage is 72.4%. The fingerprint scanner is rear-mounted and is placed right below the camera. Also, the phone gives ‘one more option for music’ other than 3.5mm jack, as it comes with a USB Type-C port.

The mobile comes with  4GB RAM and 64GB internal memory. One more drawback of the phone is that it doesn’t have any expandable memory slot.

Other additional features of the phone include an Accelerometer, a Proximity Sensor, a Compass, a Gyro Sensor, and a rear-mounted Fingerprint sensor. The company claims that its fingerprint scanner is so efficient that it takes only 0.1 sec to unlock the phone. The best part about the phone, it comes with a VR set. The package, along with the phone and other accessories, contains a VR headset. The Vernee Apollo price in India is expected to be Rs 21990.

When seriously considered, the battery is not that much of a drawback as it supports Quick Charging. But not having an expandable memory even with 64GB internal memory is a disadvantage for those who like to store big. All considered, this phone is a pretty good buy. No serious complaints or whatsoever. But if you want to check out a few other mobiles at this price range, here you go: Gionee A1, Oppo F3 Plus.

Vernee Apollo full specs and reviews as of Jul 2020. Buy it here! 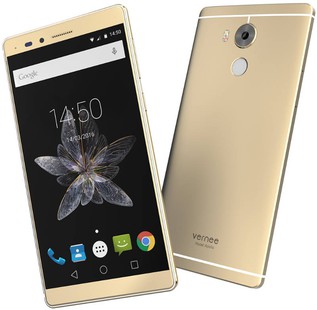