Turing Robotics Industries (TRI) has announced the Turing Phone Cadenza, a smartphone with insane specifications. The company describes this android phone as an "impeccably crafted handset.” The device may be launched next year. The company strongly believes that they can disrupt the current market scenario by introducing their futuristic handset.The tentative price of this phone is said to be Rs. 60,000. Hypothetically, it is easily the ultimate Android phone in the world. This handset is considered as some sort of joke as the features committed seem to be just a long list of expectations that customers want in an android phone.

The features promised are extremely good to be realistic.

The Cadenza is believed to be driven by two Snapdragon 830 processors and is clubbed with  2 6GB RAM modules. This offers the android phone a total of 12GB RAM.

The Turing Phone Cadenza boasts of a 60MP main camera at its rear and a 20 MP selfie shooter in the front.

Cadenza runs Turing's own Swordfish OS, which promises some advanced AI based embedded features, including a memory network and a neural network. Besides, customers can use up to 4 SIM cards and WiGig.Audio is provided by Marshall London Global Equaliser.It is equipped with “VoiceOn” technology, which will turn the handset on and off with voice instructions. Instead of a retina scanner or a fingerprint scanner voice can also be used for biometric authentication.The Turing Phone Cadenza body encompasses a Graphene Oxide Composite frame with a Liquid metal structure.

Naturally powering a handset like this will take a lot of juice, so the Cadenza will have the most realistic thing on the whole specifications sheet - A 100wh from three different power sources: a 1600mAh lithium ion battery, a 2400mAh graphene superconductor battery, and a hydrogen fuel cell.

Whether this smartphone practically becomes successful remains to be seen. Turning Robotics Industries has already earned a negative reputation after inordinate delays in delivering the Turing Phone to early backers. The Turing handset was launched in August last year and was expected to be delivered in December. However, the company managed to deliver the Turing handsets to early backers only in July this year. Also, the Android phones were shipped without the Bluetooth earphones and the water-repellent nano-coating that was committed. It packed in Sailfish OS instead of Android 5.1 Lollipop skinned along with the company's unhackable Aemaeth UI on top. To conclude, this handset could just be the big brother of the Freedom 251.

Turing Phone Cadenza full specs and reviews as of Nov 2022. Buy it here! 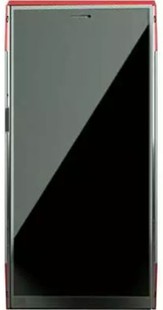