The Spice Mi-347 priced INR. 1999, is a dual-SIM smartphone available in Black, White and Golden colors. The phone comes was launched in 2015 and it comes with good amount of features.

The specifications of Spice Mi-347 are a single-core 1GHz processor paired with a 256MB RAM and the operating system of Android KitKat v4.2. It has a battery of 1300mAh capacity giving a talk time up to 5 hours on 2G. The device has a large storage capacity with an internal memory of 512MB that can be expandable up to 32GB on a microSD card.  It also has a primary camera of 2 MegaPixels with an LED flash. The phone has connectivity features like Bluetooth, Wifi, micro USB, GPS, and a 2G connection.

The Spice Mi-347 comes with an LCD display of 2.44-inch. The display features include a capacitive touchscreen and a 320 x 480 pixels resolution. The phone has a uniform texture on the back panel adding to its sturdiness.

To sum up, the Spice Mi-347 is a cost-efficient device. You would want to buy it for the storage capacity, and the Android. But the phone can do better with its display performance, camera, and connectivity options. 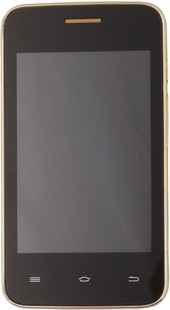