Sony’s tablets brought a huge wave of change in the Android tablet market. Although a little overpriced, these tablets can easily compete with the iPad. The Xperia Z4 tablet is a big player and one its main pros is the weight i.e. 392g. It is now lighter than ever. Compared to iPad it looks and feels better and it is only 6.1mm thick. The waterproofing which is Sony’s flagship is a huge bonus, making it easier to take it into the bath to read a book or watch a movie. With a 2560 x 1600p resolution the 2K display does an amazing job compared to the Xperia Z2 tablet.

Other than that it is powered by a 6000mAh battery that lasts between 17-19 hours. It runs on Android Lollipop which is great but Sony’s UI restricts what you can do with it.  Overall this tablet tops the Android tablet market the only question remains is if it worth the price. The Sony Xperia Z4 is priced at  INR 116103. 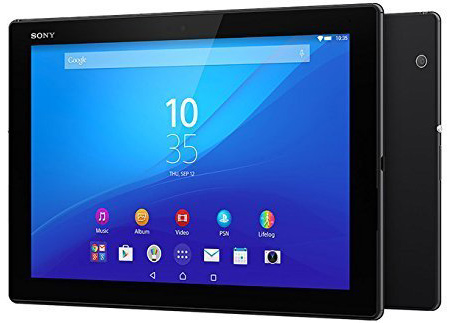