Sony Xperia XZ 32GB is one of the high-end Android device produced by Sony. The Xperia line of products offers touch screen phones with the best and advanced versions of android operating systems. The Sony Xperia XZ 32GB price in India is INR 34,000 that makes it a niche smartphone. This model at the same time excludes similar budget phones like Sony Xperia Z3+ and Sony Xperia Z5 Dual.

The best feature of this phone is its camera and video recording options offered at such a price followed by its market dominating processor.

Sony Xperia XZ 32GB comes with Android OS, v6.0.1 (Marshmallow) which is planned to be upgraded to v7.0 (Nougat). For better OS people can actually go for HTC and LG instead, with the latest versions.

The Sony Xperia XZ 32GB holds a Qualcomm MSM8996 Snapdragon 820 processor. The architecture type is Kryo with 4 (Quad Core) which is exceptionally well-coded. The frequency is 2x2.15 GHz, 2x1.6 GHz and the GPU is an Adreno 530 unit.

The Sony Xperia XZ 32GB camera has a 23 MP primary camera. Well that means you can’t say no to it for sure.  To add to this, it has a front camera of 13-mega pixel which is generally not found in other smartphones at same budget. It offers high ended video quality of [email protected], [email protected] and [email protected] Some of its primary features include phase detection autofocus and laser autofocus, which is like WOW!

The Sony Xperia XZ 32GB specifications offers 3 GB RAM for incredible processing and an internal storage of 32 GB which is decent enough to store data. For similar comparison other smartphones from Xiaomi and Panasonic can be noted for similar price range.

The Sony Xperia XZ 32GB is a decent grab while we talk about its budget aspect, since it is stylish, yet economical. The Sony Xperia XZ 32GB is fairly priced while we talk about its camera and video specifications. You can also refer to some other devices from the same or different brand with similar features and price range. Honestly the phone is actually worth the price and has pretty good features. But make sure you check all details and compare with other sites before freezing the deal. 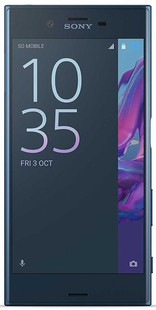