Sony has now dominated the smartphone space in India and around the world with their latest mobiles like the Xperia Z2 and talks of their upcoming mobiles looks promising as they feature cutting edge futuristic technology at a reasonable price. The best of these devices are lined up to be launched and that has kept smartphone enthusiasts on their toes. here's how the Sony Xperia L1 specifications would look like.

This budget flagship phone from Sony features the latest version of Android’s operating system: Nougat. The Quad-core processor that is embedded into the chassis, accounts for all the multitasking the device can take head-on. The 2GB RAM and the Mali-T720MP2 GPU contribute a lot towards making the Xperia L1 a gaming device. That said, in the price range there are various other devices like the Coolpad Note 5, Cool 1 charger and the Redmi 3 Pro that have better specs in terms of processor, RAM, and GPU configuration.

The camera units in the smartphones from Sony have always been a class apart. This one hosts a 13+5MP unit. The primary camera features a Dual LED flash unit that enables its users to capture best of their moments even in low-lumen conditions. The salient features of the primary camera include the presence of Geo-tagging, touch focus, face detection, HDR, and autofocus. The 5MP selfie camera has a wide aperture of f/2.2 that enables the user to get the best of wide-angled selfies. This one to let everyone in your group in.

The Sony Xperia L1 is a budget phone for sure, the cost cutting is not evident in its design, for, it’s flawless. The design is simple, and that makes it classy. The volume rocker keys and the power key is on the right while the primary camera is smartly placed in the right-hand corner of the back panel. The phone sports 3 touch sensor enables keys on the display unit. A 5.5-inch touchscreen unit is embedded in the phone that produces a display output of 720x1280 pixels with a density of 267 pixels per inch.

The battery on this is not so impressive statistically. It holds a 2620 mAh battery that is claimed to hold a charge for 11 hours on 3G connectivity and has a talk time of 13 hours. At this price tag, there are other devices from competitors that offer nothing less than 3000 mAh. If the battery is not a concern, this is can be ignored.

This smartphone has an internal storage capacity of 16GB and this can be expanded up to 256GB using an extended memory card. That said, the presence of a dedicated memory card slot is not confirmed. Stay tuned.

The Xperia L1 is a Dual SIM phone that features 3G and 4G connectivity along with Wi-Fi, Wi-Fi Direct, and Hotspot. The presence of FM Radio adds to the nostalgia.

The Sony Xperia L1 price is speculated to be around 10,000 upon launch. The phone features decent RAM, storage space, and processor specs. Sony is famous for its music clarity, display units, and image clarity from its camera. So, the L1 can be expected to inherit them too. However, if you are a person who loves to multitask, then, you could consider the Redmi 3 pro, Coolpad Note 5, Redmi Note 4 and a few others, for, their specs are better and they fall in the same price tag too. 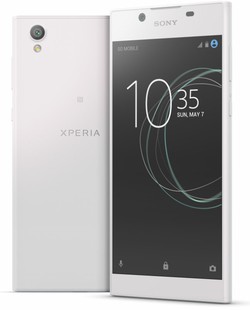