Is Sony still in the smartphone business? Yes. You might be wondering that for quite a time as the company hasn’t been active in the market. The brand has rung a bell in the market with its latest offering, the Xperia G3112. The new Sony Xperia G3112 price in India expects to start at Rs 19,990. Read, why we think that price tag is just bonkers for a phone with such specifications. If Sony is planning a come back in the smartphones under 20000 price margin, the Sony Xperia G3112 could be the model that can guarantee its revival. The Sony Xperia G3112 features everything that a smartphone user would expect from their device. Let's dive into the details.

Sony Xperia G3112 comes equipped with an MT6757 Helios P20 processor, which is an Octa-core chipset from the house of MediaTek. The Japanese smartphone maker isn’t quite known to equip their handsets with MediaTek processors, but the company has done an exception here. And this exception might costs company a reputation. Sony Xperia lineup is known to be quite powerful and efficient, but with MediaTek involved, it won’t be as powerful as it could have been with a Qualcomm processor.

Sony always does justice to its camera department and this time it's not any different with Sony Xperia G3112. The rear camera is of 23-megapixel resolution, which is one of the highest resolution primary cameras on a smartphone. With an aperture number of f/2.0 and support phase detection autofocus, the rear camera claims to offer best in class camera output. The selfie camera on the Sony Xperia XA1 is of 8-megapixel resolution with f/2.0 aperture number.

The battery life of a Sony Xperia G3112 phone is not up to the standard one expect these days. It’s a 2300 mAh capacity battery, which claims to offer a day’s battery. But if you are aware how the battery game goes on the Android phones, then you’d know it's not sufficient enough.  That said, you could always get the support one needs from a power bank.

If you have ever come across a Sony Xperia lineup smartphone, then, you’d be under impression that the new Xperia G3112 also sports a design worth noticing. You were thinking right. The new Xperia phone comes with a fantastic design language, sporting a unibody metal finish look. As far as the display is concerned, it’s not up to the mark. The HD resolution of a 5-inch phone that costs around 20K is not anyone would want to invest in. The company has managed to make one significant feature on a smartphone quite dull. This makes Sony Xperia G3112 specifications much better.

The storage capacity on a Sony Xperia XA1 is something that we expected to come in two variants, but it is equipped with only a 32GB storage. Talk about the RAM, it has a 3GB RAM supporting the multitasking operations. Fortunately, the storage can be expanded up to 256GB via microSD card slot.

Why should I wait for a Sony Xperia G3112 release in India?

Have you been looking for a long, a Sony Xperia phone worthy of your hard-earned cash? Well, you might have to wait longer. The Japanese smartphone maker is out of its game in the mid-range as the Xperia G3112 fails to impress. The Rs 20K handset is not worthy of your money if you are looking for a high-resolution display and a battery life that lasts long. Whereas if you are a Sony Xperia fan, this is best as it comes from the company in mid-segment. The Sony Xperia G3112 specifications and features are not what we expected to be. Despite, competition being so high, Sony believes that they can still survive and do well in this crowded market.

What's the update on the Sony Xperia G3112 release date in India?

Looks like Sony has skipped announcing their mid-ranger during the IFA event this year in Barcelona. 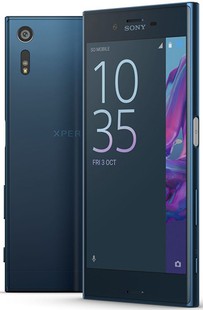