Sony Xperia A4 is to be one of the premium smartphones from the Sony bandwagon. The Sony Xperia A4 price in India is expected to be around 30,000 rupees. In this price range, the phone will be competing with the OnePlus 3, OnePlus 3T, Mi Max prime, and Huawei P8 max.

The Sony Xperia A4 comes with an Android Lollipop operating system with a  Qualcomm Snapdragon 801 chipset and a 2.5 GHz Quad Core processor. The Graphics and high-speed computing can be attributed to the presence of the 2GB RAM and the Triluminos display unit of SONY.

The Sony Xperia A4 camera review is off the 20.7 MP primary camera and a 2.2 MP selfie shooter. The camera features Geo Tagging, Face detection, Digital Zoom,  and the LED flash helps take grain free pictures even in low lumen conditions.

The 2.2 MP selfie shooter does a fairly good job for its metrics.

The Sony Xperia A4 comes with an internal storage space of 16GB and supports expandable memory up to 128GB. This device lacks a dedicated memory card slot.

The Sony Xperia A4’s Display unit consists of a 4.6 inch LCD screen that boasts of its Triluminos display. This screen produces a display output of 720×1280 pixels.

The Sony Xperia A4 is powered by a  2600 mAh battery unit. This keeps the lights lit on this upcoming release from Sony.

The Sony Xperia A4 details aren’t very impressive for the price tag it's coming with. The phone will be competing with the OnePlus 3, Mi Mix, and Huawei P8 max which offer much better specifications, features, and design at the same price. Hence making the phone a bad buying choice. 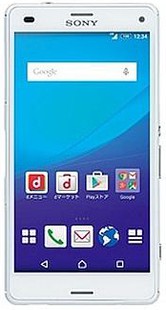