South Korean tech giant Samsung has recently announced a new mid-range mobile Samsung Z5. The concept of this budget phone was unveiled last year and for unknown reasons, the release got delayed. This phone does not run on Android but Tizen, a new open-source operating system based on the Linux kernel. Samsung, in 2014, joined hands with Tizen for its smartwatches Gear 2 and Gear 2 Neo. Let’s go into the Samsung Z5 specifications in detail to determine whether you should wait for this device or not.  We believe that Samsung Z5 features make it a best entry-level smartphone with no Android OS.

The Samsung Z5 packs a Qualcomm Snapdragon 801 Quad-core processor. The Graphics Processing Unit of the Z5 is Mali-400MP2. Also, the processor speed of 1.3GHz does justice while playing mid-level graphics games. The Samsung Z5 runs on Tizen OS v3.0.

The Samsung Z5 comes with a 13MP primary camera which has auto focus and auto flash features. The image resolution of the primary camera is 1920x1080p (Full HD), which is pretty good for this price. But the rear camera lacks Optical Image Stabilization (OIS) which means that blurs are inevitable. The front camera is a standard 5MP shooter which doesn’t have flash or OIS features.

The Samsung Z5 comes in Black and Gold colors. The 5.5-inch large HD Super AMOLED display is a boon to the Z5. This top-notch display, which is quite impressive in lucidity, is only available for the likes of Samsung Galaxy S7 edge until now. With the pixel density of 267 ppi, the capacitive multi-touch screen has the screen resolution of 720x1280p (HD).

The Samsung Z5 comes with  2GB RAM and 16GB internal memory which can be expandable up to 128GB with MicroSD card. Storage wise, the Samsung Z5 looks impressive for the price it comes with.  Whether or not the device supports a dedicated storage unit, has not been confirmed yet. However, at this price point, there is nothing worth complaining as its competitors offer less or no dependable storage.

Additional features of the Samsung Z5 include an Accelerometer, a light sensor, and a proximity sensor. According to the reports, the Samsung Z5 price in India will be around Rs 7000. Coming to the connectivity of the Z5, it supports dual SIM (Micro+Micro), Bluetooth v4.1, and up to 4G. This could be one of the best budget Samsung 4g mobile phone in 2018 once released.

Why should I buy Samsung Z5 in India?

At this price range, an HD Super AMOLED display and a 13MP camera are more than you ask. The 16GB internal storage is ample for basic storage needs. Also, the fact that it runs on Tizen OS makes it more exciting for a user who is at the edge of Android monotony. So we suggest you keep an eye on this one.

That said, the Samsung Z5 seems to be one of the best samsung mobiles under 10,000. But, does it have what it takes to beat the Moto E4 Plus, Redmi 4, and Infinix Hot Pro 4 that compete in the same segment. The specifications and features might fall short in the Samsung Z5. But will the aesthetics and the user experience top it off to compensate for these? Guess we'll have to wait and watch how Samsung turns around it Tizen OS phone.

What are our thoughts on the Samsung Z5 price?

There are lots of budget-friendly Android phone on the market that will offer you a decent experience. But if you are looking to explore other mobile platforms, then, Tizen OS-based Samsung Z5 might be a good way to start. Comeback to get an update on the release date of Samsung Z5 Tizen mobile phone.

Would Samsung Z5 price tag make it a worthwhile purchase once its out?

Well, only the time would tell about this. If Samsung delays it further, then, the Samsung Z5 specifications you see here might not sound as good as they are right now for the price point in future.

What's the update on the Samsung Z5 release date in India?

There's no official update on the next Tizen smartphone release. While the previous Tizen powered smartphones might have got a good response, Samsung doesn't really seem to take care of an iterative upgrade. Wait and come back for concrete updates on the Z5 launch in India. So, far there's no update from the Samsung, whether the Z5 Tizen phone is coming or not.

Why should you not buy Samsung Z5 in India?

It's simple! The ecosystem isn't fulfilled with the set of apps you'd want to use. Instead, Google has introduced an alternative system where its Android OS can run even on low-specification devices. It's called Android Go OS. 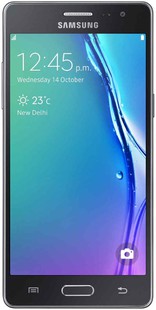