Samsung is a popular mobile brand for its innovative designs. The Samsung Galaxy S7 Edge’s 2.5D Gorilla Glass, Iris motion detection units and a few others like those are through which Samsung Introduced its innovation in the Smartphone race in India and around the world. For a  Company that has never ceased to astonish its users with newer and innovative designs, Samsung will now be introducing a phone that will topple the current smartphone race with its unique design and its parts under the hood.

Unaware how sturdy the hinge would be between two connected displays.

Samsung Galaxy X1 phone runs on an Android Marshmallow OS. It comes with a Qualcomm Snapdragon 821 64 bit Octa-core processor. Multitasking experience is powered by a 6GB RAM unit. This phone is sure to revolutionize the way mobile gaming is seen and looked at. With 6GB RAM and the ultra fast processor, games like Asphalt 8 Airborne and Dead Trigger 2 will be a cake-walk for the phone to process. Not just that, the phone is speculated to be carrying the 14NM chipset instead of the conventional 28NM one. Thus ensuring minimum battery loss even under extreme binge gaming conditions.

Samsung Galaxy X1 specifications include a 16+8MP camera unit. The 16MP primary camera promises good quality photos even at low lumen conditions. Some major features of Samsung Galaxy X1 primary camera are geo-tagging, touch focus, face detection, panorama, HDR, phase detection, and autofocus. The 8MP selfie expert will enable you to capture selfies and video calling.  Samsung has scaled up on its camera. Its predecessor the Samsung Galaxy S7 Edge came with a 12+5MP camera unit that was still efficient in clicking high-resolution pictures in various modes. The selfie on that did wonders even when clicked in the night, thanks to the intelligent sensors that were embedded into it. The Samsung Galaxy X1 definitely looks promising and doesn’t seem disappointing in terms of its camera’s performance.

Samsung Galaxy X1 is a dual sim phone. It flaunts a 5.5-inch display screen with high resolution of 1440 x 2560 pixels. It has a pixel density of 541 ppi. Rumours from the Cnet’s conference state that the mobile features a unique design.This foldable design of the Samsung Galaxy X1 is unique, innovative and futuristic. Samsung, however, has not mentioned anything about the design, but sources believe that this design should be launched in the third quarter of 2017.

Samsung Galaxy X1 comes with an incredible internal storage of 256GB which can be expanded up to 2TB using micro SD slot.  These specifications of its storage capacity will surely beat any competitor device’s as the user has an abundance of space to store all the data they can get their hands on. With this spec, the number of times a user will have to delete their photos and videos to make more space will come down to less than 2%.

Samsung Galaxy X1 will have an impressive battery capacity of 4,000 mAh. It lasts at least one day. We can expect fast battery charging facility too.  Connectivity options for the mobile on board include wi-fi, Bluetooth, USB, and NFC. The Samsung Galaxy X1 might be featuring wireless charging too, given that their flagship device of 2017 has retained it.

Samsung Galaxy X1 Price in India starts around Rs 55,000. It loaded with rich specs like 6GB RAM, Octa-core processor, long battery life, good storage space and a few more that have not been released yet by the manufacturer. However, the leaked specs look impressive and beat what the iPhone 7 128GB, Pixel XL, Asus Zenfone AR or any other premium phone currently has to offer. Hence, making it a phone worth waiting for.

Samsung Galaxy X1 full specs and reviews as of Aug 2022. Buy it here! 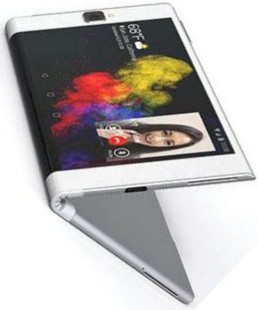