Samsung is going to create a revolution by launching the Samsung Galaxy X foldable touchscreen phone, as the industry experts have pegged. This is going to be one of a kind and at the price at which it is supposed to be launched, it looks reasonable enough.

The best thing about a phone is going to be the new and revolutionary bendable screen. Also, its price in India which is 36,999 INR seems reasonable enough considering this is going to be a flagship phone for Samsung. It has all the other high-end features you would look for on a good phone.

Some of the  features that wouldn’t go down well with the audience are - you will not get a Gorilla glass since it is a bendable phone, it is still not confirmed if the screen is scratch resistant or not, it might be released in the Android 6.0 version which may or may not be upgradable to the newer version, etc.

Specifications regarding its size are still not out but there are some images which prove that it is quite slick and sleek and is both bendable as well as foldable. The Samsung Galaxy X foldable phone features ensure that you can easily carry it in your pocket. Samsung is also supposed to be adding a water-resistant feature which is something to look out for. After seeing the Samsung Galaxy S8 and the Galaxy Note 8 let go of their bezels, the reason to believe that the Samsung Galaxy X too will be a little more than their proprietary full vision panel. The phone might be released in two - black and white.

Its display is to be 5.0 inches with a Super AMOLED touchscreen. It is also supposed to have a 4K display which if true is a remarkable feature for a display. It is said to have a resolution of 1080x1920 pixels with a 441 ppi density. The display configuration seems impressive given that the foldable design of the Samsung Galaxy X will be enough to turn heads at a glance. This phone is going to be a looker and the bendable display is going to be the show stopper.

Its Camera is one of its plus-points. With an 18MP primary camera and an 8mp front camera. The other Samsung Galaxy X camera features expected to be given are Autofocus, Flash, Geo-Tagging, Touch Focus, Panorama, Digital Zoom and Face Detection. The phone's storage specs are said to have a 6GB RAM along with 128GB of internal memory. Though there is no option of expanding the memory, 128GB is more than sufficient. But then again you can value that as per your requirements.

The phone is kept lit by a  4000mAh battery unit which is enough to last you for a day. The Samsung Galaxy X is likely to be the featuring wireless charging technology. Thus alone was responsible for taking the Galaxy S7 to another level and it is unlikely that Samsung would choose to keep that aloof from a futuristic device like the Samsung Galaxy X. The presence of quick charge will make getting a chargeback on the device a less time taking the task. Even with the always on display, the 4000 mAh battery should be able to keep the device lit for at least a day.

This model is to be released with a Quad-core (2.4 GHz, Dual-core, Kryo + 2 GHz, Dual-core, Kryo). The Performance of this phone can be evaluated once the phone releases. The Samsung Galaxy X might come with an in-house Exynos processor like the one in the Galaxy S8 or they could go on with Qualcomm's Snapdragon processor like the one in the Note 8.

Why should I wait for Samsung Galaxy X release in India?

The phone is going to be revolutionary. If the foldable feature excites you then you wouldn’t mind the Samsung Galaxy X price of 36,990 INR. Definitely a phone worth looking out for. Samsung Galaxy X is supposed to be launched as a flagship device that will revamp the smartphone industry in terms of design. This bendable phone will definitely make its influence in the phablet segment and pave a new way for bendable large screened phablets.  Can the design of the Samsung Galaxy X be incorporated into the other flagship series of Samsung mobiles? Maybe yes. But would they do it? Guess we'd have to wait and see.

The release of the Samsung Galaxy X has now been further pushed as Samsung has just launched their Galaxy Note 8 and this is definitely going to hold the launch of the Galaxy X as Samsung will go with all their guns blazing to ensure that the Note 8 doesn't face the same fate as its predecessor the Note 7. I'm sure you remember that one.

The Samsung Galaxy X will surely meet some competition as there are other devices that are coming up with the foldable display design. If Samsung Doesn't wish to meet the same fate as the Mi Mix, then, they should hurry on making their revolutionary concept a reality, before someone else makes it.

What is the expected Samsung Galaxy X price in India?

Samsung has not yet announced the existence of this foldable smartphone, but looking at the various specification leaks, they might be pricing it around Rs 70,000. So, if you consider buying a Samsung Galaxy X in India, then, you might have to shell out a hefty amount.

> At MWC 2018, Samsung did mention that they are working on introducing a dual display foldable phone, but they have not revealed any ETA on it. Rest assured Samsung would be coming up with a foldable display phone.

> You might have to wait till IFA 2018, which happens in Berlin in the month of September.

> Samsung might be secretly working on introducing the next Galaxy, which would sport a foldable display and be called Galaxy X.

Samsung Galaxy X full specs and reviews as of Feb 2023. Buy it here! 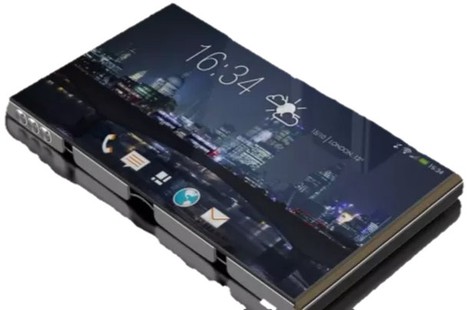