Samsung has unveiled its new 4G and VOLTE enabled Galaxy On8. Loaded with Indian-specific features as S-bike mode and ultra data saving, the mobile has already listed as a mighty performer. As told by the Samsung, the new galaxy On 8 will available on sale from October 2, this year.

The mobile features 5.5-inch Super AMOLED, which, by far a game changer for routine Samsung LCD screens. Making it more interesting the large display gets Full HD resolution at a pixel density of 401ppi.

It is packed with an Octa-core processor quoted at 1.6GHz clock speed and backed by 3GB RAM and MP2 graphic processor. It is expected to handle multi-tasking and intense gaming without any overheating issues.

As for photography, the 13MP rear shooter comes with interesting inserts like back-illuminated sensor, LED flash, HDR mode, exposure compensation and autofocus. It is capable of recording FHD videos at 30fps. The 5MP front camera accompanied by an LED flash proves to be a paradise for selfie lovers. For data storage, this Samsung galaxy On8 mobile features 16GB internal memory that can be expanded up to 128GB via microSD.

This mobile is fueled by 3300mAh Li-ion battery that makes sure to keep the device working for longer hours. The faster-charging feature will refill the empty battery in no time. Samsung Galaxy On8 gets more attractive specifications as dual 4G SIM slots, mobile hotspot, WiFi, GPS, and Bluetooth.

Loaded with many attractive inserts like the capable processor, finest camera duo, this “Make-in-India initiative” mobile is promising to be a performance beast in the market. Moreover, the budget tag makes it more worth for the upgrade.

The Samsung Galaxy On8 price in India is 12,999 and at this price, it falls under the category of mobiles under 15000 and competes closely with the Honor 6s, Redmi Note 4, Moto G5, and the SRT phone that was launched recently. The phone provides value for money and hence is one of the most sold phones from the house of Samsung.

Samsung has introduced a new range, which goes by On. This Galaxy On8 smartphone from the house of Samsung is a mid-range phone that is priced aggressively. Not only that, but it offers pretty high-end specification. Let’s see what Samsung Galaxy On8 specifications have to offer.

> Sporting an in-house Exynos Octa-core processor, which clocks at 1.6 GHz. This means the performance of the device is pretty impressive.

> These days a good camera package is a must on a mid-range phone. This Samsung mobile fulfills that wish with a 13MP rear camera and a 5MP selfie camera.

> There is a 3GB RAM and 16GB storage on this device, which should be sufficient.

> A 3300 mAh capacity battery is enough to last a day as claimed by Samsung.

Samsung Galaxy On8 full specs and reviews as of Oct 2021. Buy it here! 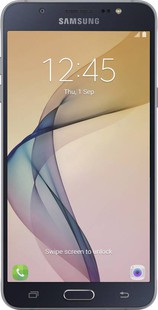