To output, a lag-free and smooth Android phone experience to its customers, the Samsung galaxy On7 Prime equips itself with a 1.6GHz Octa-core Samsung Exynos 7870 chipset. This is mated with 3GB  RAM which enables one to navigate different apps at the same time and play games as well for longer durations without impacting the functionality of the smartphone. On the software ground, the Galaxy On7 Prime boots on Android 7.1.1 Nougat OS out of the box

Like other Android smartphones falling under the same price tag, the Galaxy On7 Prime boasts of a 13 Megapixel front shooter and a 13 Megapixel primary sensor to support photographing, videos, self-portraits, and video telephony. So the handset can comprehensively address the expectations of the camera-crazy population. Users can use the Galaxy On7 Prime to record in the dark, thanks to an LED flash at the rear.

As far as display is concerned, the Galaxy On7 Prime sports a 5.5-inch Full HD display which uses TFT technology. The display is bright and reproduces amazing images. The large screen is combined with nice viewing angles and is suitable for indulging in games or replaying videos. The handset sports the regular galaxy design with a home button in the front which as well functions as a fingerprint scanner.  This allows users unlock the handset within few seconds. Also available is a brushed metal finish topped with curved corners for optimal viewing and convenient single-handed use.

The Samsung Galaxy On7 Prime is armed with a default storage space of 32GB. This can be upgraded further up to 256GB using a microSD card. This allows you store media files, apps, and all your data. One of the critical aspects of the Galaxy On7 Prime is that it features a dedicated microSD card slot. You need not have to choose between a SIM card and a microSD card which is the case with Android smartphones that come with Hybrid SIM slots.

When it comes to power, the smartphone features a non-removable Li-ion 3300mAh battery. According to the company, this can easily last for around 12 hours.

The Galaxy On7 Prime is a high-end smartphone which comes with a lot of robust functions. It performs well when multitasking and delivers a monstrous storage to improve your entertainment activities. You can snap high-resolution pictures and shoot Full-HD videos with the splendid pair of cameras. To conclude, if you are scouting for a powerful mid-category device then you can buy the Samsung Galaxy On7 Prime.

Samsung Galaxy On7 Prime full specs and reviews as of Aug 2020. Buy it here! 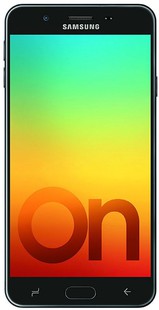