Upholding its promise of creating future, Samsung has decided to launch the Samsung Galaxy J 7 Prime 32GB that combines elegance and modernity. The smartphone comes with a 5.5-inch touchscreen display with a resolution of 1080 X 1920 pixels and 32GB internal memory along with 3GB RAM. The smartphone is also available with an internal memory of 16GB.

Samsung Galaxy J 7 Prime 32 GB comes with a 5.5-inch Super AMOLED screen with a resolution of 1080 X 1920 pixels resulting in a pixel density of 401 PPI which ensures the maximum user comfort. Designed to run on the Android 6.0.1 Marshmallow, this smartphone comes with a camera unit of 13 + 8MP. It can also record 1080p quality videos at 30fps. Other features include:

It has only one SIM or dual standby SIM slot. The Li-Ion battery incorporated has a pretty low capacity i.e. 3300mAh.

Banking upon the Exynos 7870 chipset, the smartphone comes with Mali-T830MP2 GPU which is efficient at working at the capacity of 1.6GHz. The presence of Android 6.0.1 Marshmallow paves the path for the user to use the battery in the most efficient manner. Allowing the user to be at peace, the operating system also lets the user keep his or her smartphone safe and secure with the help of a fingerprint scanner. One of the biggest advantages of having the Android 6.0.1 Marshmallow is that the battery is not drained out when not in use.

This smartphone embellishes itself with a 13 MP primary camera and 8MP selfie camera. Making it much easier for users to capture images and videos at 1080p, this smartphone also comes with Autofocus and LED flash. Users can also change the default mode for capturing pictures to Panorama and HDR. Other features that have been made available in the Samsung Galaxy J7 Prime 32GB comprise of Geo-tagging, Touch-focus, Auto-detection, etc.

The 5.5-inch display screen has been designed to have a screen resolution of 1080 x 1920 pixels. The capacitive TFT display screen ensures that even a minimal touch is registered by the screen. Apart from having a pixel density of 401 ppi, the smartphone adorns itself with multi-touch display that comes with 73.3% screen to body percentage.

Samsung Galaxy J 7 has a non-removable Li-Ion 3600 mAh battery which provides a talk time of 24 hours.

The smartphone comes with a pretty decent storage of 32GB which can be further expanded up to 256GB.

This Samsung Galaxy J7 Prime 32GB price in India costs INR 16,999. Despite having considerable drawbacks like low capacity battery, so on and so forth, the phone has a mammoth storage capacity which enables you to store all your files and videos in the phone itself. Overall it’s a good catch and one go definitely go for it. 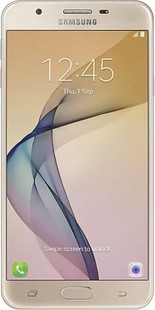