Mid segment is a hot mess to be in, and Samsung has released a new smartphone in that segment. The Samsung Galaxy J5 Pro is the pro variant of the Galaxy J5 2017 Edition smartphone. Fighting to gain back its lost market in India, the South Korean giant is doing everything they can to stay alive in the competitive mid-range market. Can Samsung emerge a winner in this hot mess? We don’t know about that, but we could help you find out whether J5 Pro is a worthy handset to own or not once it gets released in India.

Powered by an Exynos 7870 Octa-core processor, Samsung has done a great job in equipping this processor on their latest J5 Pro smartphone. This Octa-core processor is an in-house chipset, which allows the company to optimize the performance and efficiency according to the RAM and storage. Talking about the RAM, the device comes with a 3GB RAM support. The GPU support is provided by Mali-T830MP2.

Both the modules, rear and front sports a 13MP resolution sensor. Equipped with f/1.7 aperture, Samsung has made its rear camera on the J5 Pro quite powerful. You could easily capture objects with details even in the darkness. The Autofocus and LED Flash helps rear camera make quick and bright shots. The selfie camera has a f/1.9 aperture, which makes for a great selfie camera. Samsung makes great cameras and this is easily flaunted on their latest smartphone.

The 3000 mAh capacity battery on Samsung Galaxy J5 Pro is something that could have been better. But looking at the Super AMOLED display and efficient processor, this battery can easily give at least a day’s charge as claimed by the South Korean giant.

Sporting metal body construction, Samsung flaunts its latest mid range offering with a flashy finish design. The signal bands are not hidden but beautifully designed, giving the handset a look you’d like to show off to colleagues. With a thickness of 8 mm, the phone doesn’t feel bulky at all. The screen size of 5.2 inch helps a lot in making it a comfortable to hold. Though you won’t love the resolution of the display, it’s 1280 x 720 pixels. But the Super AMOLED technology makes even that worthy to some extent.

The storage capacity of the device is 32GB, which can be expanded up to 256 GB via microSD card slot. You’d like that there is a dedicated microSD card slot. It means you don’t have to decide between keeping two SIM or one SIM and one microSD card. Live life without strings!
Pro tip: If you ever run out of internal storage space to download a new app, move all the movable apps to SD card, move your photos and videos to cloud. This clears up a lot of space. And lastly, clear the cookies and cache!

The South Korean giant’s latest entrant to the midrange is a perfect blend of good configuration and price point. The Samsung Galaxy J5 Pro price in India is expected to be around Rs 16,990, which is fair. Talking about the Galaxy J5 Pro specifications, it does lack in some departments like display resolution and battery capacity. But that shouldn’t be the deal breaker. It’s a go for this Samsung phone! 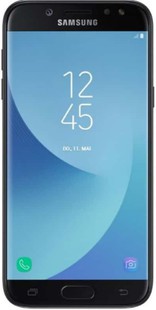