Samsung is one of the top electronics manufacturers which provides many electronic devices like tablets, laptops, mobile phones, TVs, satellites, and more. It attracts eyeballs with its aesthetic designs and specifications at a reasonable price margin. Now it launched an all-rounder mobile at mid-budget i.e., Samsung Galaxy J5 (2016)

Samsung Galaxy J5 (2016) features a Qualcomm MSM8916 Snapdragon 410 chipset and a Quad-core 1.2 GHz Cortex-A53 processor. A 2GB RAM unit is coupled with an Adreno 306 GPU to cater to multitasking. It runs on an Android 6.0 Marshmallow. Talking about the RAM, the 2GB RAM is not at all a good equation at this price tag as many others compete with their 3GB/4GB RAM units.

Samsung Galaxy J5 (2016) specifications include a 5.2-inch display screen with a resolution of 720 x 1280 pixels. The pixel density of the mobile is 282 ppi. Even though it is not a bad specification, competitors enable users to capture snaps more clearly by providing better ppi specs.  Its dimensions are 5.74 x 2.85 x 0.32 inches and weighs 159 grams. The screen to body ratio of the phone is 70.7%. Design wise, nothing in it looks new, it has its signature features like curved edges and horizontal home button like its sister phones. It is available in White, Black, Gold, and Rose Gold colors.

The internal memory of the mobile is 16GB and it is expandable up to 256GB. Many other competitors offer 16/32GB internal storage space. But only Samsung Galaxy J5 offers expandable storage with such high amount expansion support.

Samsung Galaxy J5(2016) is one of the most wanted 4G mobiles from Samsung family. It comes with thumping specifications like Android Marshmallow OS, 13+5MP camera unit, and a long-lasting battery. The phone looks too outdated for 2017, for, mobiles under 10,000 offer as much RAM as 3GB while this being in the segment above it offers only 2GB. The storage too isn't impressive but does the job. While these are the flaws, the pros look convincing too,

But, weak specs like Quad-core processor and 2GB RAM reduces the popularity of this mobile. Samsung Galaxy J5 (2016) price in India starts at Rs 12,000. At the end of the third quarter of 2017, the Samsung Galaxy J5 (2016) has not been launched. And the price bracket it was supposed to be launched has now advanced rapidly and the launch of the device will only make it look like a device that offers little value for money.

The latest updates have definitely pushed the Samsung Galaxy J5 6 (2016) behind as the competition offers all of what this device and more than that with a price cut of INR 5000.  So, unless you are a Samsung fanboy, going for this phone should not make a lot of sense. If you have been looking for a Samsung mobile below 10,000, then, this could be a good option. Overall offering a decent performance in all aspects, this is a Samsung phone you should purchase if restricted with a budget. 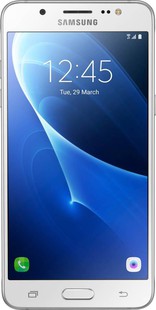