The Samsung Galaxy J5 (2017) is to be released in India in the month of July in 2017. The phone is packed with an internal memory of 3GB. It is powered by a Qualcomm Snapdragon 625 Octa-core processor for seamless computing. It is equipped with a 5.2 inch touchscreen display, with a resolution of 1920 by 1080 pixels. The phone also comes with a storage space of 16GB, which is also expandable to 128GB by using a microSD card.

- The handset is powered by an Octa-core processor along with 3GB Ram.

- Runs on a battery of 3500mah capacity, which is very special in devices available in its price segment.

- The front camera is not very snappy, as it is only a 5-megapixel camera.

- The storage space of 16GB is not large enough for customers who use their device for various multimedia purposes.

- The phone does not come with basic sensors such as a compass or a temperature sensor, which are found in similar models in its price segment.

If we delve a bit into the design and display of the Samsung Galaxy J5 2017, the device runs on a 5.2-inch screen, with an impressive resolution of 1920 X 1080 pixels. The display is TFT, with a pixel density of 424 ppi. It has a capacitive touch screen. Capacitive touch screen gives a higher clarity and is controlled by the feather touch

The handset is also loaded with multi-touch display feature which lets the touch screen sense inputs from two or more fingers on the screen. The benefit of multiple fingers movement is that the user can simply pinch the screen to zoom in or expand the screen to zoom out.

The handset is packed with a Qualcomm Snapdragon 625 Octa-core processor, which is clocked at a frequency of 2.0 GHz. This configuration of the J5 2017 makes it exceptionally good at multi-tasking.

Moving on to the camera, the J5 incorporates a decent 13 Megapixel rear camera but falls short on the front camera which is only an average 5 Megapixel unit.

The J5 is powered by a very long lasting 3500 mAh Li-ion battery. The only downside of this is that the battery is non-removable, which means that replacing it is going to be very expensive.

The Samsung J5 2017 has a built-in storage space of 16GB, which is average when compared to similar devices in this price range. The storage space can be increased to up to 128GB by inserting a microSD card.

The Samsung Galaxy J5 2017 is a decent offering from Samsung, including 3GB RAM, Octa-core processor, and an impressive battery life. At the price of Rs. 12,990, it is a bit expensive as devices that offer similar specifications can be bought at a lower cost. Regardless, the Samsung Galaxy J5 is an impressive handset which you can consider while buying your next smartphone.

If you are still having second thoughts, you could consider getting yourself one of the mobiles from Vivo, Oppo, Motorola, Redmi, Xiaomi, or Infinix in the same price segment instead of the Samsung galaxy J5 2017. 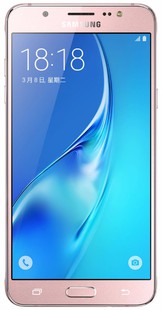