The entry-level segment is filled with countless smartphones fighting for the attention of an audience. Samsung is trying to gain its lost market in this space with the all-new Galaxy J2 2018 edition. How is this time different than any other previous failed attempt? Samsung promises a range of innovative features. Before we talk about those, let’s talk about the Samsung Galaxy J2 2018 specifications.

Samsung has finally introduced a good looking entry-level smartphone. The Galaxy j2 2018 is an entry-level smartphone that you’d like to experience. With an all-new camera window which is vertical in nature, you get a fresh new look on the rear side. Sporting capacitive buttons and a physical home key, Samsung have still tried to put its traditional styles. The 5-inch display isn’t as perfect as it is portrayed. With resolution lower than 720p, it doesn’t stand a competition.

The performance is always an issue with entry-level smartphones. But Samsung in partnership with Qualcomm has optimized the device performance. With one tap automatic management feature, which will allow to free up memory on the device, it claims to offer great performance in its class. There is a support of 2GB RAM and 16GB internal storage, which can be expanded via microSD card.

If you’re looking at an entry-level smartphone from the house of Samsung with an expectation of offering a great camera package. Then, you’re on the wrong side. With an 8MP rear camera and a 5MP selfie camera aiding your camera requirements, there is not much to rely on here.

Samsung is usually known for offering good battery life on their handsets, regardless of the segment. But this might just be an exception. With a 2600 mAh capacity battery, Samsung might not be able to offer a day’s battery at all.

This Samsung Galaxy J2 2018 specification proves that it doesn’t deserve an Rs 8190 price (tag) in India. If you’re willing to spend around Rs 8K on a smartphone. Then, it’s better to invest in handset like Xiaomi Redmi 5. It will offer powerful and more trendy features, unlike Samsung Galaxy entry-level smartphone. 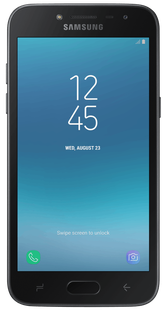