If you think the Flip phones era is over, think again! Samsung has released the second iteration of its flip phone, which is called Galaxy Folder 2. Not a great name, but it does claim to fulfill the desire of owning a flip phone. Talking about the Samsung Galaxy Folder 2 specifications, it comes with a 3.8-inches display with 800 x 480 pixel resolution. Packing a 1.4 GHz Quad-core Snapdragon 425 processor, it is accompanied by a 2GB RAM and 16GB storage, which can be expanded via microSD card slot. In terms of camera department, it has an 8MP primary shooter and a 5MP selfie snapper. It runs on Android 6.0 OS based user interface. Running on 1950 mAh capacity battery, Samsung claims this flip phone would offer a day’s battery life.

Samsung Galaxy Folder 2 full specs and reviews as of Oct 2021. Buy it here! 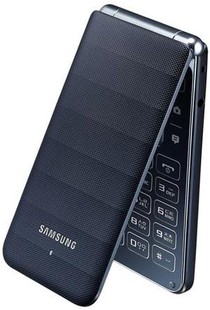