The Samsung Galaxy A3 (2017) will be coming with an Android Marshmallow operating system that will be mapped to a Octa-core 1.5 GHz Cortex-A53 chipset, a 2GB RAM unit and a Mali-T830MP2 GPU.

The Samsung Galaxy A3 (2017)  specifications of the camera include the presence of a 12+8MP camera unit. The 12MP primary camera in it features Geo-tagging, touch focus, face detection, panorama, autofocus and LED flash.

The Samsung Galaxy A3 (2017) comes with a 4.7-inch Super AMOLED screen that produces a display output of 720 x 1280 pixels resolution with a pixel density of 312 pixels per inch. This screen unit on the phone will be protected from external damage by a corning Gorilla Glass 4 unit.

The Samsung Galaxy A3(2017) comes with 8&16GB internal storage variants. Both these variants support the use of external memory up to 256GB via the SIM card slot II.

The Samsung Galaxy A3(2017)’s price in India is around 12,000 rupees. This mobiles aims to cater to those set of smartphone users who wish to purchase a smartphone under 15,000 rupees. In this space, it competes with the Lenovo K4 Note, Coolpad note 5, and the Mi Max , which offer much better specifications and features. 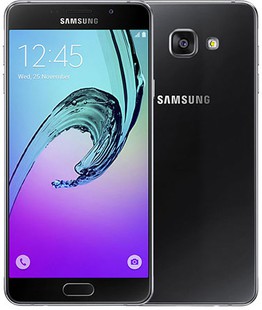