The  Razer Phone 2 is the newest addition to the impressive product lineup of  Razer Inc. The first-gen Razer android phone was rolled out fairly later in 2017, but rumours indicate that the firm is planning for a slightly earlier release in 2018 – probably even in September. If the September reveal is confirmed, one can expect that the Razer Phone 2 will make its launch during IFA 2018, which usually place between 31st August and 5th  September 2018. The phone features a Qualcomm Snapdragon 845 chipset, a 6.2-inch IGZO LCD display and a monstrous 10GB RAM. The price of the device in India starts from Rs. 49,999.

As far as hardware is concerned, this latest  Razer android smartphone is equipped with an octa-core processor which clocks at a speed of  2.4 GHz and resides on a  Qualcomm Snapdragon 845 chipset. Apart from this, the handset comes with 10GB RAM.The presence of Adreno 540 Graphics engine promises seamless functionality while indulging in games and multi-tasking. In terms of software, it boots on  Android Nougat 7.1.1 operating system out of the box.

When it comes to optics, the Razer Phone 2 flaunts dual primary cameras with 16MP+16MP resolution and is supported by an LED flash to enhance picture quality in low-light conditions. It comes with other standard features like Panorama, Digital Zoom Geo-tagging, Autofocus, Face detection, Panorama, HDR modes and video recording. On the front, there is a  secondary camera and features an 8 MP resolution for clicking good quality self-portraits and also to do video telephony.

As far as display is concerned, this latest Android phone comes with a 6.2-inch IGZO LCD Capacitive Multi-touch display. It comes with a resolution of 1440 x 2560 pixels which outputs a high pixel density of  516 PPI. The key advantage of IGZO-TFT is less power consumption. As compared to other LCD panels, IGZO-TFT panels utilize less power due to a reduced requirement for backlighting illumination or intensity.

Talking about storage, the device provides a default memory of 64GB. This storage is further expandable up to 2TB via a microSD card This provides massive storage choice to the user for accommodating large files and data on the smartphone. So one need not worry about a shortage of memory space at all.

In the battery department, the device ships with a 5,000mAh Li-Ion unit, which assures a long run to the user. However, you cannot remove the battery.

The Razer Phone 2 provides is a premium category Android handset with plenty of appealing features. It sails on the Android Nougat 7.1.1 OS along and the presence of 10 GB RAM helps in process acceleration. The awesome pair of shooters delivers nice quality photography and videography. The monstrous battery offers longer talk time and standby and ideal for heavy users.This along with a decent memory space makes this latest Razor gadget an awesome package of entertainment and fun. 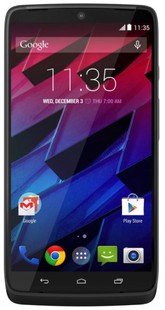