Launched in March 2017, the Panasonic Eluga Pulse X is one of the most stylish looking phones in the market. Runs on an Android 6.0, the phone is powered with a 1.25GHz Quad-core processor and has an impressive 3GB RAM.  Have a look and see if the phone is as per your expectations and why you should go for it!

The Panasonic Eluga Pulse X is powered by a 1.25GHz Quad-core processor and it comes with 3GB of RAM. The phone incorporates 16GB internal storage that can be expanded up to 128GB via a microSD card. As the firm is manufacturing the brand new Eluga series smartphones, its intention is to satisfy various kinds of users - youth, working professionals, and gaming enthusiasts. The 4G VoLTE technology enabled smartphone Eluga Pulse X provides users with high-speed operation and access to almost anything on the go and allow the user to take full charge of their life with the availability of speed.

The Panasonic Eluga Pulse X  is incorporated with a 5.5-inch IPS LCD display built with HD resolution of 720 x 1280 pixels which provide a healthy 267 pixels per inch with Asahi Dragon Trail protective glass. The capacitive touch screen responds well to multi touch. The Panasonic Eluga Pulse X smartphone is equipped with a Quad-core processor, at 1.25GHz frequency and is further assisted by a standard 3GB RAM to assist you through the heavy multitasking and gaming that you indulge into. There is a fingerprint sensor on the back panel which helps to unlock your phone within 0.3 seconds.

The Panasonic Eluga Pulse X is built with a 13MP primary camera that can capture beautiful images. The 5MP front camera captures selfies with a decent picture quality and this is best suitable for those who love indulging in video calling. The smartphone is equipped with a decent internal storage of 16GB, which can be further expanded up to 128GB with the help of a microSD card

Panasonic Eluga Pulse X smartphone is built with 16GB of inbuilt storage, which is expandable via microSD card (up to 128GB) in both cases.

Battery and Connectivity. The Panasonic Eluga Pulse X consumes energy from a 3,000mAh Li-polymer battery that can deliver a long lasting of battery backup. Coming to the connectivity department, the smartphone offers a wide range of options like a dual SIM slot, 4G, Wi-Fi 802.11, b/g/n, Hotspot, Bluetooth v4.0, A-GPS and microUSB 2.0 slots. The Panasonic Eluga Pulse X is a mono SIM (GSM) traditional one. Also equipped with smartphone regular feature Wi-Fi, GPS, 3G and 4G (with support for Band 40 used by some LTE networks in India), Bluetooth, USB OTG

The Panasonic Eluga Pulse X is a large screen, camera oriented smartphone that comes with power packed and high-end features to meet the user’s requirements and the Panasonic Eluga Pulse X price in India is at a decent 10,800 INR. Brand new processor, fingerprint sensor, and a healthy battery backup make it a great device to compete with any contenders in this price segment. Go for it, if you are looking for a powerful phone with a large screen in this price segment. 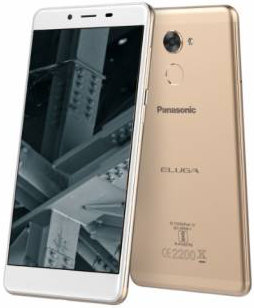 Rating:
None Out of 188 reviews