The out of the box features offered by the phone include a decent camera, awestruck display and a huge storage space on the go. It comes with a dual camera of 13 MP rear camera and 5MP of front facing camera. It has a say on other phones.

If you analyse it very keenly, you will find that not a great processor is offered by the phone. It is not a low budget phone but it falls within the mid budget.

With almost all alluring features, this phone comes within a nominal budget. The features which can grab your attention include the display, camera, storage and processor. This phone is quite competent enough within the range of 10000 INR as the Panasonic Eluga Mark 2 mobile price in India is 10499 INR.

The Panasonic Eluga Mark 2 specification includes the network of type GSM/HSPA/LTE. You will find a 3.5 mm jack and alert of all types of vibration, MP3, WAV ringtones on the phone. Also, this phone comes with active noise cancellation with dedicated mic. Dual GSM SIM slots dual standby is offered by the phone. The dimensions of the phone are 5094x2.99x0.3 inches.

The storage given by the phone is 32GB and a 3GB RAM. It also has a micro SD card slot which is expandable up to 256GB.

The Panasonic Eluga Mark 2 battery is of the non-removable Li-Ion type with a battery capacity of 3000 mAh. It means a talk time of approx 21 hours and a stand by time of 950 hours is offered by the phone.

The Panasonic Eluga Mark 2 uses an Octa core Mediatek MT6753 chipset, Cortex A53 architecture and it runs on Android OS v6.0 Marshmallow. The frequency is clocked at 1.3 GHz. A GPU of MALI –T720MP3 is also there on the phone.

Before grabbing one, give a look to the common features of the phone as well. It has Bluetooth (v4.0), USB (v2.0),WiFi (802.11b/g/n/), hotspot, GPS(A-GPS) and 2G/3G/4G connectivity.  It also has certain sensors like accelerometer, light, fingerprint proximity, and compass sensors.

All the specs mentioned above will completely convince you to go for the phone. It is available in Royal gold and metallic grey. For Panasonic Eluga Mark 2 full specifications refer here. Before buying, you can also compare it with other phones like Xiaomi.

Panasonic Eluga Mark 2 full specs and reviews as of Feb 2023. Buy it here! 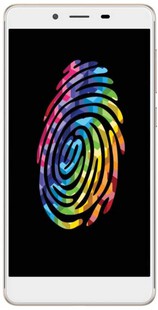