Panasonic has added a new phone called the Eluga I9 to the Eluga-series. The entry-level budget Android smartphone features a fingerprint sensor at the rear which has been a trend in most budget handsets. The handset is sold exclusively sold online retailer Flipkart and price Rs.7, 499.  As well, the handset is VoLTE enabled and comes with a metal body

As far as hardware is concerned, the Panasonic Eluga I9 is equipped with a 1.25GHz Quad-core which is clocked at 1.25GHz and sits on a MediaTek MT6737 chipset. This is coupled with 3GB RAM to enable lag-free multitasking and facilitate seamless performance. Mobile users can easily navigate among various apps without any hassle. Though it is a budget device, it delivers awesome performance in spite of not having a robust processor. The handset boots on the Android 7.0 Nougat OS out of the box.

In terms of imaging, the device features a 13 MegaPixel rear and a 5 MegaPixel front shooter. The primary camera comes with an LED flash to support users shoot pictures and record videos even in the dark. To snap selfies and support video calls, there is a 5-megapixel front snapper. The camera also ships with other options like Digital Zoom, Face detection, Touch to focus, and Video recording.  Both the cameras are equipped with an f/2.4 aperture that enables in capturing good quality pictures.

On its face, the Android smartphone features a 5-inch HD display and is armed with IPS LCD technology.  The Screen Resolution of 720 x 1280 pixels which result in a pixel density of 294 PPI. While indoors it does its job pretty well, but the display appears to fade away under bright sunlight, so it is difficult for the user to view the screen outdoors. As well, the device does not feature Corning's Gorilla Glass protection, to prevent scratches and impacts. Besides, the fingerprint sensor at the back enhances the safety of the device.

In terms of storage, the Panasonic Eluga I9 makes features a default storage capacity of 32GB. You can expand this up to 128GB using a microSD card. You can store media files, apps and presentations using a memory card.

Talking about the power source, this latest Panasonic handset is supported by a 2,500mAh Li-Ion battery which is not so great but can last for more hours considering moderate usage. Also, the battery is non-removable.

The Panasonic Eluga I9 is an ideal smartphone for people who are planning to buy a budget-friendly handset but with decent specifications. This latest smartphone is packed with a large RAM which is always perceived to be good for extreme multitasking and flawless performance. The camera output is decent, while the native storage capacity is good enough to address general needs. But, the handset does not have decent specifications in the battery department. To sum up, the smartphone is a nice choice to consider.

Panasonic Eluga I9 full specs and reviews as of Aug 2020. Buy it here! 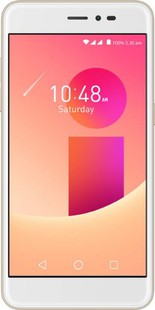