OnePlus did something not many of its users were expecting, they introduced a second handset in 2015. It’s called OnePlus X. Sporting 5-inches full HD display, this phone came with ceramic and glass body variants. Talking further about the OnePlus X specification, it came with a best in class 13MP rear camera, and an 8MP front facing camera. Running on Android 5.1 Lollipop OS based custom interface, which is almost stock Android in nature, it offered a great user experience. With a 2525 mAh capacity battery available on this device, the efficient Snapdragon 801 processor made battery life impressive. OnePlus introduced a 3-way notification alert slide, which was later adopted on OnePlus iterations. The internals include 3GB RAM and 16GB storage, which can be expanded via microSD card slot.

OnePlus X full specs and reviews as of Dec 2022. Buy it here! 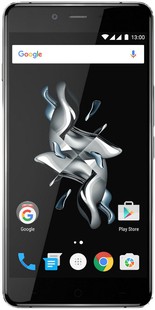