The Nokia D1C is one of the anticipated launches from Nokia after it rises from the dead. Apart from their Nokia 3, Nokia 5 and Nokia 6 smartphones, the iconic brand is reported to come with D1C. This is a smartphone that will soon hit the markets worldwide and here’s a sneak peek of its specifications.

The Nokia D1C smartphone will come with an Octa-core processor, which will clock at 1.4 GHz. It would be accompanied by a 3GB RAM and 16GB internal storage. With a dedicated graphical processing unit, you will be able to enjoy high-end gaming on this handset. This configuration ensures that users would not feel that the device is underpowered when multitasking or submerged in high definition games.

Since smartphones have become an integral part of our lives, the companies should really make their devices equipped with sufficient storage. This rumoured Nokia handset is reported to come with just 16GB internal storage. On top of that, there won’t be a microSD slot for storage expansion. Now that is a big deal breaker!

Coming to the camera department, it has always been Nokia’s strong point. The company is reportedly bringing a 16-megapixel shooter on the rear side. It will probably come with f/2.0 aperture and phase detection autofocus technology. While the front camera would boast an 8-megapixel snapper offering wide-angle selfie shots.
There has been no news about the presence of a front flash or a dual camera set-up neither in the front nor in the rear. While mid-level Android phones of today, bost these features, it's a cue for Nokia to inculcate these in their upcoming Nokia mobiles and be in the race.

Sporting an all-metal body design, the new phone from the Finnish manufacturer would make you nostalgic. The company will bring back the sturdiness and durability that has been missing on smartphones these days. It will probably come with a unibody design and non-removable battery packed inside. With a 5.2-inch Full HD resolution, you could enjoy your favourite Netflix shows on-the-go on this handset.

Nokia D1C price in India is speculated to be around 12,000 INR. This smartphone will definitely impress the market with its vibrant display, powerful processor, Nougat experience, and optics capabilities. The only disheartening fact about the device is that it might come with 16GB storage with no option to expand storage. Let’s wait and watch how this device turns out.

The Nokia D1c is a budget smartphone that Nokia has launched to cater to the needs of users who look for mobiles under 10000. This device features Android Nougat out of the box and is equipped with decent equipment under the hood, that makes it worth the wait. 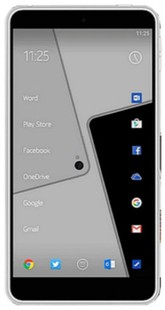