Nokia is back in the game. The company announced their return earlier this year in February at MWC 2016. The Jedi master has announced it's returning with a strong line-up of Android smartphones. The Finnish brand claims to release their Nokia 3, 5 and Nokia 6 by the Q2 end. While at it Nokia 7 and Nokia 8 are also purportedly in the pipeline. So, if you have been looking for the information on new Nokia phone, we could help you with that.

Coming to the processing power, the Nokia handset will be powered by a Snapdragon 660 chipset. It is a Qualcomm processor boasting custom Kryo cores setup like flagship chipset, Snapdragon 820. It will be sporting Octa-core clocking at 2.2GHz. In terms of the graphics power, the device will have unmatched GPU performance with Adreno GPU. It will be accompanied with a 4GB RAM, which is sufficient for multitasking.

The optics on a Nokia phone is one of the talked about things. The Finnish company will probably implement a CarlZeiss lens on the rear module. The megapixel count would be at 16 with high aperture number support for low light photography. Supporting the captures would be a dual-tone LED Flash. The technologies like Phase Detection Auto Focus (PDAF) and Laser Focus will be supporting rear camera photography. Coming to the selfie experience, the brand will offer an 8MP resolution camera on the front. It will probably be a wide angle lens.

This phablet size handset would be sporting a 3000 mAh capacity battery, which is relatively lower looking at a current generation with such dimensions and display size. The battery support fast charging, so you don’t have to at least wait long hours for it to fully charge.

Sporting a metallic unibody design, the new Nokia 7 would boast thin edges and bezels. Offering a stylish look, the Nokia handset would stick to its iconic design language with their Android phone. The design heritage will be continued on this Nokia as well. The sturdiness is what many consumers look into any Nokia product. With all-metal construction, the handset will provide a premium feel. Talking about the display, it will sport a 5.5-inch 1080p display with a pixel density of 401 PPI. The display will offer vibrant colors and great viewing angles. For screen protection, the device will be equipped with Corning Gorilla Glass.

The Nokia handset will allow standard storage capacity of 64GB, which can be increased up to 128GB via external microSD card slot. That should be sufficient to store as many as media on your mobile.

Nokia fandom has been waiting for an Android smartphone from the iconic brand. Now that they have got it. The Nokia 7 is a perfect mid-range smartphone with all the necessary hardware for performance and efficiency. The only thing that decides whether it's worth your money is the price. It would make sense if the company price this handset somewhere between Rs 15,000 and Rs 20,000. 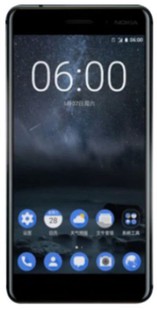