The Motorola Moto Z2 smartphone was launched in June 2017. The phone comes with a 5.50-inch touchscreen display with a display screen resolution of 1080 pixels by 1920 pixels at a PPI of 401 pixels per inch. Motorola Moto Z2 Play price in India starts from Rs. 27,590. Motorola phones are popularized as the most sturdy and long lasting, hence if one is considering using a single phone for quite some time, then reading this review should be of great help.

Qualcomm Snapdragon 835 processor expected with 4GB of RAM  with a possible 64GB of storage, double that of its previous generation model. As the Motorola Moto Z2 is set to be Motorola's flagship device, we're expecting it to come with flagship specs. The Moto Z2 would feature the Qualcomm Snapdragon 835 processor under its hood which would put it on par with the Samsung Galaxy S8.The available storage is listed as 47GB, thus 17GB will be taken up by the Android operating system and by pre-installed software by the Motorola.

It's likely the Motorola Moto Z2 will come in at a similar size i.e a  5.5-inch touchscreen display with a display screen resolution of 1080x1920 pixels at a PPI of 401 pixels per inch. There will be no 3.5mm headphone port and instead one will have to rely on a USB-C to 3.5mm adapter, USB-C headphones or Bluetooth wireless.

Supposedly, one of the rear camera sensors will be 11-megapixels, while the front-facing camera will be 5-megapixels. Motorola Moto Z2 seems a little low though when compared to the Moto X4, which would have a 12-megapixel and 8-megapixel rear camera setup, coupled with a 16-megapixel front camera. The Motorola Moto Z2 has larger pixels for better lowlight shots, Laser autofocus, and has an OIS prediction feature.

Motorola devices tend to feature less bloatware than some of their competitors, with Motorola sticking to an almost basic and raw Android feature experience. There are a few Motorola-specific apps pre-installed but on the whole, the interface is pretty close to vanilla Android. If the Motorola Moto Z2 is announced on 25 July, it is likely it will come with Android Nougat. Motorola devices are famous for the application and software up-gradation of the devices very frequently to meet the user’s requirements.

There haven't been as many leaks surrounding the Motorola Moto Z2 as there have been for the Moto X4, but no doubt they will pick up over the next few weeks. What we know for now is that the Moto Z2, if it arrives, will be Motorola's 2017 flagship device so we can expect a decent set of specs and hopefully and slim and premium design again. We will update this feature as soon as any more rumours appear so keep checking back. It will be a good phone to watch out for.

Motorola Moto Z2 full specs and reviews as of Dec 2022. Buy it here! 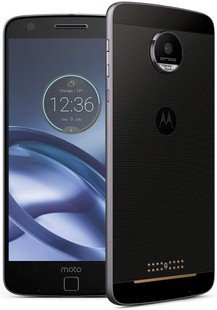