The Motorola Moto Z style smartphone is a powerful high-end handset enhanced with many advanced features. It has a unique body shape which will surely attract you to buy this. You can also choose some other handsets of Motorola such as Motorola Moto X-Force 64GB and Motorola Moto G Turbo Edition from our website.

This handset has some powerful features such as the 21MP camera. It shoots high-definition photos. The Motorola Moto Z style chipset is also very powerful to handle all type of apps. The GPU of this mobile can run every video with a stunning clarity.

In spite of having powerful features the mobile phone is equipped with a less capacity battery which may drain very fast. The battery is not up to the mark.

The Motorola Moto Z style camera is 21 megapixels which are efficient for high-end photography and video recording. The front camera for selfie lovers is 5 MP which can also be used as a webcam for video calling. Videos can be recorded with a resolution of 1080 pixels @30fps.

The 32 GB of Motorola Moto Z style storage is enough to store your data whether it is a game, a movie,  or photographs. It can also be extended up to 128 GB with the help of memory card. 3 GB RAM is also enough for multitasking without lag.

Motorola has added lithium ion battery of 3000 mah in this android device. It seems enough but not for a powerful chipset and huge display to work for the whole day. The Motorola Moto Z style battery is non-removable.

Motorola Moto Z style features are enhanced by adding a fingerprint sensor to unlock the phone. This feature has made this mobile more secure when compared to others. The display of this smartphone is AMOLED, which illustrates vivid colours even in sunlight. 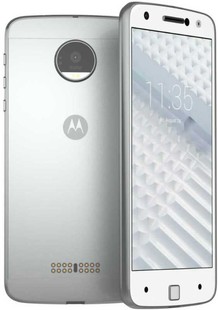