The Motorola Moto E4 Plus is a mobile device which has not been released in the market anywhere in the world, and its status as of the moment of writing this review is rumored, meaning that we are still not sure whether the smartphone will be released or not. Regardless, it is highly likely that this model will see the light of day. The Moto E4 Plus supposedly comes with a 5.5-inch touchscreen display, along with a resolution of 720 X 1280 pixels. The handset is going to be powered by a Quad-core MediaTek MT6737M processor, with a frequency of 1.3GHz. It will be paired with a decent 2GB RAM. According to rumors, the Moto E4 Plus has an internal storage capacity of 16GB which can be expanded to a maximum of 128GB using a microSD card.

Coming to the cameras, the Motorola Moto E4 Plus comes with a 13 Megapixel rear camera along with a 5 Megapixel front camera. Also, the E4 Plus is supposedly powered by the latest version of Android, the Android 7.1.1 Nougat. It also supposedly makes use of a humongous 5000 mAh battery, which is non-removable. The Moto E4 Plus is most likely going to be a single SIM (GSM) device. Connectivity features may include 3G, 4G, Wi-Fi, GPS, Bluetooth, NFC, FM, and headphones.

- Its storage capacity is expandable up to 128GB.

- It will supposedly use Android Nougat 7.1.1, which is the latest version of the Android OS.

The Motorola Moto E4 Plus packs in a Quad-core MediaTek MT6737M processor, with a frequency of 1.3GHz. This seems inadequate, for the current mobiles in this price range offer nothing less than an Octa-core processor and an Adreno 5 series GPU.

The cameras offered by the E4 Plus are very average, to be honest, as the rear camera is a decent 13 Megapixels but the front camera is only 5 Megapixels. A lot of phones offer similar cameras in this price segment.

If rumors are to be believed, the phone shall come with a 5.5-inch touchscreen display, with a resolution of 720 X 1280 pixels and a pixel density of 267 ppi. That is not impressive. One more point to cons.

The only talking point about the Moto E4 Plus battery,  it is a massive 5000 mAh battery. Which shall provide you with at least a day’s charge keeping in mind that you’d use the phone which is nowhere close to regular phone usage conditions.

In conclusion, the Motorola Moto E4 Plus price in India is speculated to be in  10000-15000. The features, specs, and tech provided seem little less than what one would expect when they are shelling out so much of money. However, these are speculative reviews and can only be confirmed once the phone is out. This is to give you a heads up if what’s coming in the store.

Motorola Moto E4 Plus full specs and reviews as of Jan 2022. Buy it here! 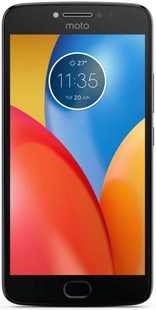