The phone is powered by a Qualcomm Snapdragon MSM8994 810 Octa-core processor. Built by Cortex-A53 architecture, the speed of the processor is 4x1.5GHz. The phone runs on Android v 5.1 Lollipop. The Adreno 430 Graphics Processing Unit also does help in taking the Droid Turbo to the top of the list of best mobile phones suitable for gaming.

The Motorola Droid Turbo 2 comes with a huge 21MP primary camera and a 5MP front camera. The video recording quality of the main camera can go up to 2K @30fps and 1080p @210fps. Also, the main camera features a dual-color LED flash and other features like Touch to focus, Autofocus, Geo-tagging, Panorama, Digital Zoom, and Face detection.

This phone packs a non-removable Li-ion battery with the capacity of 3760 mAh. The company claims that a full charge can last up to 48 hours of (3G) talk time, but we say that the battery is the main drawback of the Droid Turbo 2. While few mobiles with a smaller price tag offer better battery (Asus Z2 Poseidon), this high-end phone comes with a 3760 mAh.

Weighing around 170 grams, the Turbo 2 comes with the dimensions 150x78x9.2mm. The 5.4-inch AMOLED sports a 2K display (1440x2560p). The screen to body percentage of the phone is 69.8%, which means it is ergonomically good and holdable. Also, the capacitive multi-touch screen has the pixel density of 540 ppi, which is one of the best ppi rate out there.

The Motorola Droid Turbo 2 comes with a 3GB RAM and 64 internal memory, which can be expandable up to a sound 256GB. Also, in order to avoid any hassle SIM card/memory giving up, the phone comes with a dedicated memory and SIM slot.

Other features of the phone include an Accelerometer, a Proximity Sensor, a Compass, and a Gyro Sensor. Also, reportedly, the phone comes with a rear-mounted fingerprint scanner. The Motorola Droid Turbo 2 price in India is expected to be Rs 40,600.

Considering the price of the phone and its drawbacks such as the outdated Android version and 3760 battery, we suggest you have a broader look out for other mobiles like Huawei P9. But if its 21MP camera and the famous Moto brand are all you care, then this phone is a decent buy.

Motorola Droid Turbo 2 full specs and reviews as of Aug 2022. Buy it here! 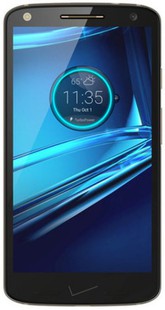