Micromax Mobiles is a leading Indian smartphone manufacturer whose unique selling point is to compete with smartphone manufacturing giants like Samsung, Apple and LG by providing  the latest technological equipments to its users at a very reasonable price. The Micromax Canvas series is famous for its Full HD display units, fast processors and High speed RAM.

The Micromax A109 Canvas XL2 configuration of the processor consists of 1GB RAM, Android KitKat operating system that is paired with a Mediatek MT6589M chipset and Quad-core 1.2 GHz Cortex-A7 processor. The graphics on this smartphone is powered by PowerVR SGX544 GPU.

The Micromax A109 Canvas XL2’s camera review is impressive for its price. It features a 5MP primary camera that features autofocus  and Geo-tagging. The presence of the LED flash unit ensures that good quality pictures can be clicked by its users even in low light conditions.

The Micromax A109 Canvas XL2 details of the battery is that it keeps the lights lit on the device with a 2500 mAh battery. The standby duration on this is 255 hours and the talktime is up to 8 hours and 30 minutes on 3G.

The Micromax A109 Canvas XL2 specification and price in india is balanced, for, the phone offers decent specs and value for money for the price tag that it comes with. Competitors like Mi, Swipe and Panasonic mobiles also do a fair job. 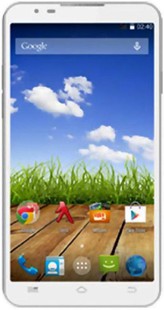