Meizu Technology Co., Ltd. is a Chinese consumer Electronics Company based in Zhuhai, Guangdong. Founded in 2003 by high-school dropout Jack Wong, Meizu began as a manufacturer of MP3 players and later MP4 players. In 2008, Meizu moved its focus to Smartphones. Meizu is the 11th largest smartphone manufacturer in the world, and has sold over 20 million units in 2015. In February, 2015, Alibaba invested $590 million in Meizu, acquiring an undisclosed minority stake.

An Mediatek MT6797 Helio X20 Quad-core processor powers the MX6. Running on Android Marshmallow, the processor has a speed of 2.3 GHz. Also, the Mali-T880 MP4 GPU makes the MX6 a good platform for heavy gaming.

The MX6 comes with a 12 MP primary camera and a 5MP front camera. Also, the primary camera comes with features like Autofocus, Dual-LED, Geo-tagging, Touch focus, Face detection, HDR, Panorama. The video recording quality can go up to [email protected] fps. The camera is amazing and takes WOW! shots. Photos and videos, which are shot by this Smartphone, are very detailed and also very vibrant.

The MX6 packs a non-removable Li-Ion battery with the capacity of 3060 mAh. The company claims that with a full charge, the battery can last up to 15 hours. The battery life is quite admirable for a phone of this price.

The MX6 Pro comes with a 5.5-inch IPS LCD display, which has a resolution of 1080 x 1920 pixels. The capacitive multi-touch screen has the pixel density of 403 ppi. This is quite a good display for the price it is sold at. Games, photos, and videos look great on the display and are well detailed. It can display up to 4 million colours.

The MX6 comes with 4GB RAM and 32 GB internal memory. The RAM and memory are one the best of this generation but the problem is that, there is no SD card slot, which really impacts the storage capacity of the handset.

Also, the MX6 features a Light sensor, Proximity sensor, and Accelerometer, Compass, Gyroscope and fingerprint sensor. A 4 GB RAM is quite descent. The MX6 is priced at Rs 20,000 (give or take 1000 dollars) in India.

The MX 6 is a great phone for its price. The phone has some amazing specs and is capable of computing almost any program. If you want an amazing phone with great specs and which is updated with the latest features you should certainly buy the Meizu MX6. 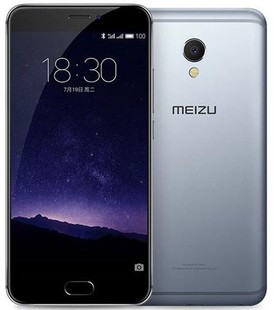