The Chinese young mobile start-up Meizu is coming up with their next iteration in the Note series. The Meizu M6 Note is slated for launch in China. The brand is claiming it would be their best Note series handset yet. We got the latest scoop on the specification and other significant details of this handset. Let’s jump right into this!

While it's a fresh new approach by Meizu instead of opting for a MediaTek chipset, they are reportedly going with a Qualcomm processor. But the choice of SoC is not very wise as Snapdragon 625 is an old generation processor. Meizu could have gone with more powerful and recent one, Snapdragon 652/653 SoCs. As far as the RAM is concerned, it would be coming with a 4GB RAM. Good enough for multitasking support!

Meizu Note series is known for its camera capabilities and this time around Meizu is actively teasing the camera outputs a lot. Instead of PDAF, Meizu M6 Note might feature a laser autofocus for faster auto focusing. As per the camera images shared officially, Meizu M6 Note is coming with a dual rear camera setup. Which completely changes the camera expectations from this handset. As earlier, it was purported that a 13MP single sensor would be claiming the throne on the backside of M6 Note. But looks like a dual rear camera is indeed coming on this Meizu phablet.

Whether you talk about entry, mid or high-end Meizu model, one thing is common on all handsets. They all claim to offer good battery life. With a 4000 mAh capacity battery expected on the Meizu M6 Note. Of course, anyone would want a great battery life out of it. There might be a fast charging support involved looking at the involvement of Qualcomm and a high capacity battery.

Meizu still believes in following a design standard, most of its Note series phones have followed the same fashion. And looks like the Meizu M6 Note would honor the company principle. Sporting a full metal body design, Meizu M6 Note would come with an elegant design that would set to attract a lot of eyeballs when released in India. Talking about the display, it would be a 5.5-inch full HD resolution screen with a possible curved glass on top of it. Whether you are looking a device for gaming or streaming, Meizu has got you covered.

The storage capacity on a Meizu M6 Note would be 64GB as a standard model. The rumor mill says that you should expect a 128GB model, but looking at the company’s track record. There won’t be a storage variant for this one. Instead, a microSD card slot would be there to expand storage.

With Meizu M6 Note specifications not completely out yet, a final verdict will get due. But if judging by the configuration leaked so far. If you are looking for a device with good design, camera package, and battery life, then, Meizu M6 Note would be a perfect handset for you. For Meizu fans in India, the Meizu M6 Note price in India or release date is unknown. So, you guys just chill till an announcement arrives. 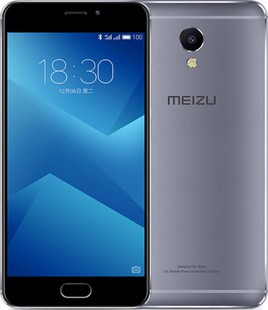