Primarily an electronic firm producing music players, Meizu, a Chinese company started making phones in 2008 and have entered the Indian smartphone market in 2015. This time they have launched the Meizu M5 Note priced at 13999 INR.

The Meizu M5 Note review shows that it comes with a high expandable storage capacity, a commendable battery for better charge retaining and a decent set off camera. Also like majority of the Chinese phones, this too is a Dual SIM phone.

The features provided make a good package when they come together but whether the Meizu M5 Note price in India is worthy or not is a question that arises. A customer would probably expect better and enhanced features in this cost like that of the Xiaomi Mi Note2.

Meizu M5 Note display comes with a LTPS IPS LCD capacitive touchscreen with 16M colours. The resolution provided is 1080 x 1920 pixels with a pixel density of 403 ppi and the display size is 5.5 inches, which is a comfortable size. The Meizu M5 Note display features also make it a formidable one with a bright and vibrant display.

A 13mp primary and a 5mp secondary camera are the key Meizu M5 Note camera specifications. Though the specs are good, a higher resolution secondary camera is expected for this price range. The video recording has been equipped with [email protected] Also, few of the other added camera features of this phone are phase detection autofocus, dual-LED (dual tone) flash, Geo-tagging, touch focus and face detection.

Meizu has come up with two variants of this phone, one being 3GB phone with 16/32GB internal memory and the other being a 4GB RAM with a 64GB internal memory. Both of these can be expanded up to 256GB using the secondary SIM slot.

Meizu M5 Note battery is a 4000 mAh non-removable battery, which technically is a longstanding battery. It is going to last you a day’s worth on phone and basic internet usage such as Whatsapp and Facebook. The Meizu M5 Note battery life is probably one of the factors that justifies the phone’s price range.

This phone has an Octa-core (4x1.8 GHz Cortex-A53 & 4x1.0 GHz Cortex-A53), which is going to give a very smooth user experience. It is going to be running on Android 6.0 as any other Chinese phone in the present market. Few sensors that they have added are Fingerprint (front-mounted), accelerometer, gyro, proximity and compass. 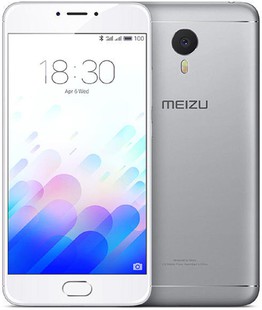