Meizu is a brand that is picking up its sales, thanks to their strategy to provide good features for a budget phone. This time it has launched the Meizu m3x phone in blue color. The color is quite spunky and different and maybe a first in its range. It has also been launched in other colours such as Black, Gold, and Silver.

The Meizu m3x comes with a decent RAM and a good enough internal storage. The Meizu m3x has a good screen size of 5.5 inch and a bright and vibrant display due to the 1080x1920 pixels.  It has been introduced in a new colour which is a good selling point for the company and the model.

The first thing that strikes you when you look at the Meizu m3x specs is that the price might be a bit on the higher side when compared to what is being given. The Meizu m3x price in India is 16990 INR which is a tad bit higher for the battery, camera and other features that are being provided by the other phones of the same range in the market.

The Meizu m3x display is 5.5 inches with an IPS LCD capacitive touchscreen with 16M colours. The screen to body ratio is about 71.3% which is fairly good enough. It has also been provided with the multi-touch feature using the Flyme 6.0 version.

The Meizu mx3 camera has a 12MP rear camera and 5MP secondary camera. The other basic Meizu mx3 camera features are geo-tagging, touch focus, face detection, HRD and Panorama. This also has the dual-LED (dual tone) flash. The package of features is good enough but whether it is good enough for the price you are paying for is something that needs to be judged.

The Meizu mx3 battery is a non-removable battery of 3200mAh which is good enough to last almost a day. But considering Chinese phones of this price range a higher mAh battery was expected.

It has two variants released one with 3GB and the other 4GB. It is being released with Android 6.0 as no Chinese phones have come out with the latest version of Android till date. They have used an Octa-core CPU which is remarkable in its performance.

The Meizu mx3 phone has been given a lot of good features but as mentioned previously you can get the same features at a lesser price in a better-known brand. But if you are willing to go ahead with these Meizu mx3 specifications at this price, then you can definitely give it a try. 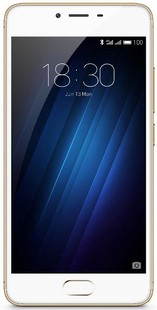