Meizu M3 Max is one of the most awaited launches for Meizu mobiles lovers all over the world. The phone is to be released in the first quarter of 2017 and the features offered on the phone are impressive.

The Meizu M3 Max specification of what’s under the hood is not so impressive for the price tag it comes with. It features an Android lollipop OS along with the Flyme UI. It houses a Mediatek MT6755 Helio P10 chipset and an Octa-core (4x1.8 GHz Cortex-A53 & 4x1.0 GHz Cortex-A53) processor. The phone features a powerful 3GB unit for faster processing times of apps and games and the graphics on the device are supported by a Mali-T860MP2 GPU.

The Meizu M3 Max camera review is of its 13+5MP camera unit. The primary camera is impressive, as it features a 13MP unit and does not feel left behind when compared to its competitors. The selfie shooter on this is however is a 5MP one. Its competition offers nothing less than 8MP front camera at that price.

The Meizu M3 Max features an impressive amalgam of a cutting edge futuristic design of the body and elegant display unit. The fingerprint scanner is integrated in the home button and the 6-inch screen features a screen to body ratio of 74.4%. This makes it a little easier to use the phone even with a single hand. The screen produces a bright display resolution of 1080 x 1920 pixels with a pixel density of 367 pixels per inch.

The Meizu M3 Max boasts of a non-removable 4100 mAh battery unit that keeps the phone powered for close to a day on regular internet and phone conditions.

The Meizu M3 Max comes with internal storage space of 64GB and supports the use of expandable memory through SIM card slot II. This is one of the flaws, as this deprives the user of using SIM card II when the memory card is in use.

The Meizu M3 Max price in India will be around 16,999 upon launch and at this price the features offered are quite good except for the OS version. It competes with the Moto G4 Plus, Mi Max Prime, OnePlus X and Coolpad Note 5. 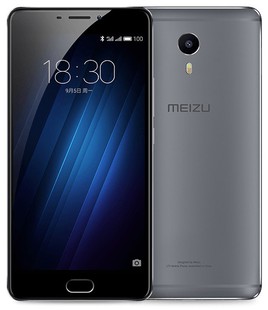