The Mafe Shine M810 is configured with a Quad-core processor of 1.3GHz frequency that is paired with 1GB RAM giving faster performance. It operates on the Android Marshmallow v6.0. The device comes with an internal memory of 16GB and you get a bigger playground with its expandable memory up to 32GB. It has a 2800mAh battery that could last for a fortnight.

As mentioned above, the Mafe Shine M810 is Dual-SIM compatible with 4G VoLTE connectivity. Other than that it has general options like Bluetooth, USB, GPS, and Wifi. Another highlighting feature of the phone is its camera. The primary camera is of 5 MegaPixel while the secondary camera is 2 MegaPixel. The features of the camera include an LED flash, a Selfie Flash, and Auto Focus. Coming to the design, the FWVGA display of the phone is 5-inch with a capacitive touchscreen.

To conclude, the Mafe Shine M810 is a very good phone when it comes to connectivity, camera, and processor. However, the phone could have a better display quality and a better storage capacity. 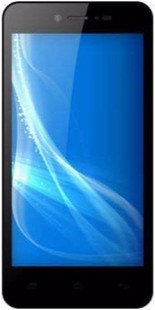