South Korean tech giant LG stole the show at the recent Mobile World Congress where it released a couple of mobiles i.e, LG G6 and LG X Power 2. The LG G6 got most of the attention of the two, for its never-seen-before features, whereas the LG X Power 2 had its share for showcasing its humongous battery. The LG X power 2 release date in India (expected) is March 28, 2017. Let’s go into the details…

The LG X Power 2 has an Octa-core processor of 1.5GHz frequency, supported by a 2GB RAM. The phone runs on the latest version of Android v7.0 (Nougat).

Although the LG X Power 2 is not as powerful as its mid-range fellows, the 4500 mAh battery of the phone is the reason for the name given to it. The non-removable Li-ion battery does also support fast charging technology.

Weighing about 165 grams, the LG X Power, with the dimensions 154x78x8.4mm, comes in four different colours: Black Titan, Shiny Titan, Shiny Gold, and Shiny Blue. Unlike its fellow brand-piece LG G6 which also was announced at MWC2017, the LG X Power 2 is not water resistant. With the screen resolution of 720x1280p, the 5.5-inch IPS LCD display of LG X Power 2 has a pixel density of 267 ppi and the screen to body ratio of 68.86%.

The LG X Power 2 comes with 2GB RAM and 16GB internal memory which can be expandable up to a gigantic 2TB. Yes! Also, the mobile does support USB OTG.

Some of the additional features of the LG X Power 2 are Light sensor, Proximity sensor, Accelerometer, and Gyroscope. The LG X Power 2 price in India is expected to be Rs 10999.

If the battery is your one and only concern and you do not care much about the processor and other geeky stuff, then go for the LG X Power 2. But if at all you claim to be a nomad and want to explore other mobiles at this price range, then check these out: Redmi Note 4 3GB RAM, Coolpad Note 5, LeEco Le 1s. 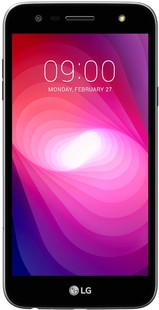